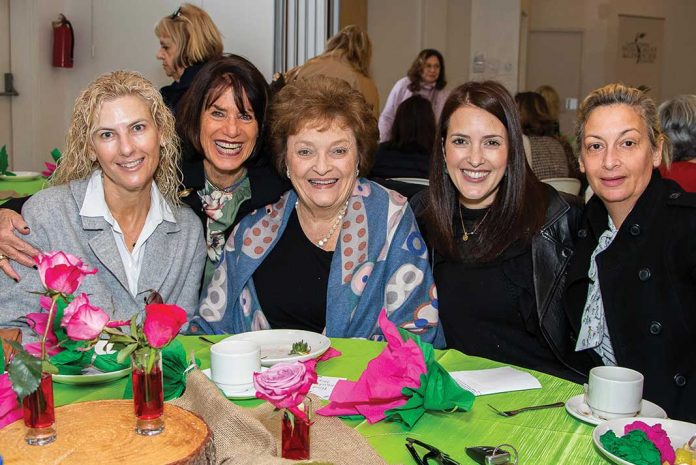 It was in a room festooned with an enchantment of pink and green, the colours of spring, life and rebirth, that 200 women from all walks of life gathered for the inaugural Women’s Day Event at the Cape Town Holocaust and Genocide Centre.

Our Women’s Day patron, Shelly Friedman opened the programme with a video message as she was unable to be with us in person, and her address set the tone for the wonderful morning to follow. From an opening talk placing the Women’s March to the Union Buildings in 1956 in both a South African and worldwide context, to hearing from Women Wage Peace, the collective power of women was evident.

The day celebrated women’s courage, strength and resilience. Shared stories of women who survived the Holocaust and influenced generations of their families, were juxtaposed with stories of women who survived the Rwandan Genocide and the healing power of their ‘many mothers’ who supported them on their journey to a new life. What became clear was that our collective experiences crossed all barriers of religion, ethnicity and culture. Women spoke about the work they do in the education sector, focusing on the importance of strengthening our children. Women shared stories of important groups that help the community and a woman even had us laughing with irreverent stories of her grandmother’s faux pas.

Another story was of Ella Blumenthal who had attended a school event two days before Women’s Day, and at the event she not only told her story, but at their request, hugged each and every one of the 120 learners who had come to hear her. “Our learners are hugging history” was the History teacher’s comment.

Was it all talk and tears? Not at all — the positive energy in the room was palpable and you could cut the joyous atmosphere with a knife. We chose rather to cut the delicious chocolate and cheese cakes and indulge in the most incredibly lavish spread — a tribute to all those who were there. And was that all? Absolutely not —from spot prizes ranging from facials to dinners to food vouchers to a grand raffle where four superb prizes were won by very excited attendees.

To sum up: book now for next year as all those who experienced the morning will surely be back to again enjoy the “tsunami of goodness and positive energy” as one of our attendees put it, and you do not want to miss out.