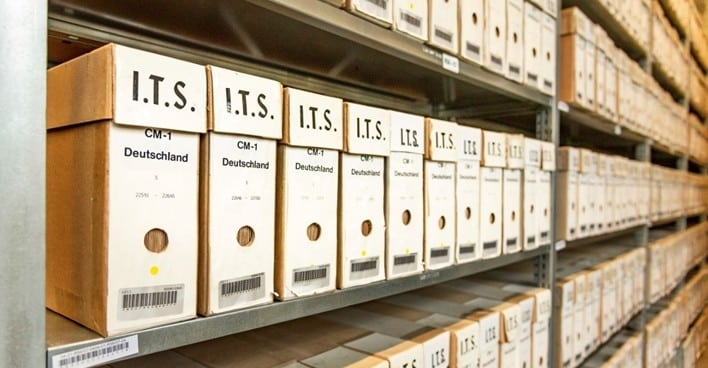 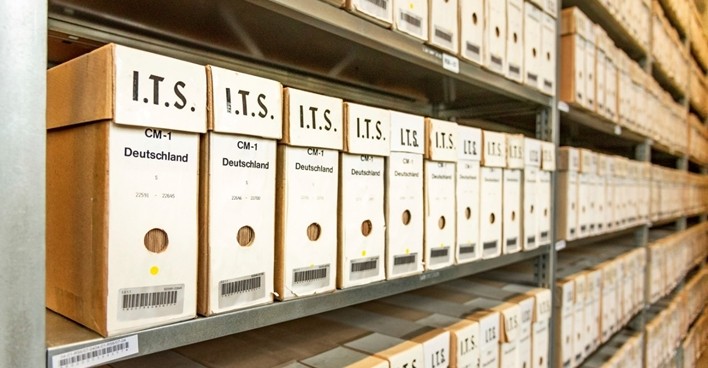 Selected files from the Arolsen Archives which contain over 30 million pages of Holocaust-era documents relating to the experiences of over 17.5 million people. © Johanna Gross/Arolsen Archives

This article was originally posts on the UNESCO webiste.

Experts on the history of the Holocaust, Holocaust education, antisemitism, and freedom of expression gathered on 8th March 2021 for the first UN and UNESCO Advisory Group Meeting on Holocaust denial and distortion. UNESCO and the Holocaust and the United Nations Outreach Programme, with the support with the World Jewish Congress, are developing research, guidance and resources to strengthen educational responses to Holocaust denial and distortion. These tools aim to promote historical literacy and to prevent antisemitism by building individual’s capacity to distinguish the irrefutable facts of the Holocaust from attempts to distort its history.

The project aims to map and raise awareness of contemporary trends of Holocaust denial and distortion and to strengthen educational approaches, pedagogies, and good practices that help to counter its transmission online and in society. Jonathan Bright, a Senior Research Fellow at the Oxford Internet Institute, will be conducting the global mapping project, and Paul Salmons will help develop educational resources and pedagogies.

What is the difference between Holocaust denial and distortion?

Paul Salmons: Holocaust denial seeks to negate established facts about the genocide of the Jews by the Nazis and their collaborators during the Second World War. Denial takes various forms, including claims that there was no centralised plan for the mass murder of Europe’s Jews; no mass killing programme; no death camps or gas chambers; and that those Jews who did lose their lives were simply casualties of war, as were millions of others.

Holocaust distortion does not deny that the Nazis and their collaborators sought to murder the Jews of Europe but still it significantly misrepresents the historical record. For example, the numbers of victims might be grossly under-estimated; the numbers of helpers and rescuers inflated; difficult parts of a country’s own national history might be overlooked or omitted (for example, holding only Hitler and the leading Nazis responsible, downplaying the role of collaborators and the widespread complicity of many ordinary people in the genocide). Others might seek to excuse or justify the Holocaust, perhaps blaming the Jews for what happened to them; or the Holocaust is trivialized or diminished through false equivalencies, perhaps appropriated to further a political or moral agenda.

Is Holocaust denial and distortion antisemitic?

Paul Salmons: Holocaust denial is a form of antisemitism. For example, it is used to legitimise neo-Nazism, white supremacy, and the far right through an attempted rehabilitation of Hitler and the Nazis. And it is antisemitic in its claim that the Holocaust is a hoax invented by Jews to extort money from Germany and other countries through reparations, or to garner support for their own national state. Such lies rely upon and recirculate age-old antisemitic myths and tropes that Jews are devious and untrustworthy, manipulating the world through plots and conspiracies.

Distortion can also be antisemitic, for example through claims that seek to delegitimise Israel as a ‘Nazi state’, or through claims that Jews cynically use the memory of the Holocaust for their own ends. But distortion can have other roots, too, such as a desire to preserve a positive self-identity by avoiding difficult questions about one’s own national past or using the emotional power of the Holocaust as a tool to promote a political position or moral agenda.

Why is it important to counter Holocaust distortion? Why is it dangerous?

Jonathan Bright: Online misinformation should always be countered. One critical problem in the misinformation landscape is the idea of ‘data deficits’ – areas where there simply aren’t any good information. This is where misinformation can flourish. For example, at the beginning of the Covid-19 pandemic there was little accurate information about how deadly the disease was. This allowed misinformation to fill the gap with a lot of wild speculation. If we leave misinformation unchallenged, then it has the potential to continue to mislead others.

Paul Salmons: The Holocaust was first and foremost a disaster for its victims. But it was also a catastrophe for what we like to call western ‘civilization’: in countries across Europe, people everywhere became complicit in the murder of their neighbours. If we fail to confront this traumatic past then we cannot understand the deep flaws in our modern world, in our social and economic relations, our beliefs and value-systems, and the weaknesses in political institutions that allowed Europe to descend into mass violence. The question is urgent and vital, and distortions of the Holocaust prevent us from a full reckoning with this difficult past, one that could lead to greater understanding of the causes and warning signs of genocide, and that might help us to strengthen efforts at genocide prevention.

How can we counter Holocaust distortion?

Jonathan Bright: Countering misinformation isn’t easy. Education and media and information literacy are one part of the puzzle – and UNESCO has already made some great tools available in this regard. Holding platforms accountable for the content they host is another important step. The #ThinkBeforeSharing campaign empowers individuals to respond when they encounter this type of content online– for example, most social platforms have lots of tools for reporting dangerous or offensive content, but very few people make use of them.

Paul Salmons: Museums, memorials, public commemorations, school and university education all contribute to public understanding of the past but it is imperative that the representations of the Holocaust in such institutions is well-informed by academic historical research and that they remain independent of political interference. Even then, such representations are in competition with other ways in which the past is encountered in the present, through social discourse, including with family and friends; the pronouncements of politicians and leaders of popular movements; in media representations in film, television, radio and – even more so – on the internet and social media. Given the proliferation of this public discourse about the past, it is important not only that educational initiatives are factually well-informed, but that they also provide space for critical reflection on the wider public conversation and provide critical thinking skills, for example in how to handle evidence and to weigh truth claims. UNESCO supports member states and educational stakeholders implement effective Holocaust education programmes that promote the skills and competencies of global citizenship.

Jonathan Bright: There are lots of ways that this type of content spreads but we can talk about some general patterns. Firstly, lots of misinformation and hate speech is based on websites which host the content. This content is then shared on social media. The most impactful pieces of content are shared in large venues (such as Facebook groups, subreddits, or through Twitter accounts with large amounts of followers) and then spread from there. This initial ‘seeding’ by highly impactful accounts is really important in terms of content which is widely distributed.

How and where does Holocaust distortion manifest?

Paul Salmons: As a moral touchstone, the Holocaust suffuses much of our public and political discourse – in an age of relativism it has become a rhetorical anchor, mooring any number of disparate positions with the same recurring symbol of absolute evil. Employed as such a motif, the Holocaust is often distorted, over-simplified and emptied of its historicity in the service of any manner of political, social and moral agendas. Since 1945, advocates of military intervention in Cambodia, Rwanda, Bosnia, Kosovo and Iraq have all raised the spectre of the Holocaust and its death camps to rally support to their cause. It is regrettably common for prominent politicians across the political spectrum to be likened to Hitler by those who disagree strongly with their views and policies. With the resurgence of nationalist sentiment across Europe, political leaders and factions have increasingly sought to control the narrative of the Holocaust to present their country in a more positive light.

Jonathan Bright: One of the aims of the project is to answer this question in a systematic way.

Why is important to map Holocaust denial and distortion online? What does the OII’s study/this project hope to achieve?

Jonathan Bright: Often shining a light on the scale and scope of problematic content is half the battle. With this information in the public domain, it’s much easier to pressure both platforms and governments to act. However, it’s also really important to understand more about dissemination patterns. One really big problem with online harms is that we are largely operating in a reactive way – we remove things only after they have become really widespread and potentially already done some damage. Our project will shed light on distribution mechanisms and help us understand more about how to tackle problems before they get really widespread.

Paul Salmons is a curator and educator specialising in difficult histories. Currently a curator of the international award-winning exhibition ‘Auschwitz. Not long ago. Not far away.’; chief curator of ‘Seeing Auschwitz’, an exhibition for UNESCO and the United Nations; and consultant to the United States Holocaust Memorial Museum.

Jonathan Bright is an Associate Professor at the University of Oxford and a Senior Research Fellow at the Oxford Internet Institute, one of the world’s leading research centres on the impact of the internet on society. His current work focusses on understanding the spread and impact of harmful content online.

UNESCO addresses Holocaust denial and distortion as part of the Organization’s programme on Global Citizenship Education and the prevention of violent extremism.