The Liberation of Dachau 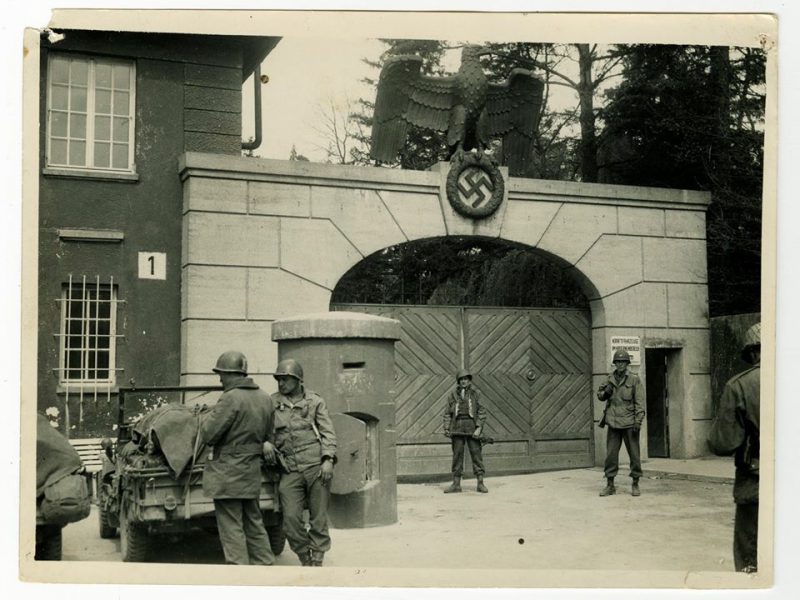 Dachau was the first, and longest operating, concentration camp. Built in 1933, just five weeks after Adolf Hitler became the German Chancellor, it initially housed Nazi political opposition. It was in Dachau where the Nazis’ political opponents would be exposed to harsh forced labour and inform the processes for the next iterations of camps.

From its beginnings to the day of liberation, many prisoners, Jews, Roma-Sinti, political opponents and other categories of people deemed unfit for society by the Nazis, were subjected to extreme starvation, medical experiments exposure to diseases such as typhus, heavy labour and death until their liberation.

Approximately 7,000 prisoners, mostly Jews, were forced into a six-day long Death March from Dachau to Tegernsee on the April 26th. During the march, the Nazis shot those who were unable to continue walking or got sick – others simply perish from exhaustion, hunger or exposure to the cold.

On the April 28th, after the Death March began, many ranking SS officials and guards fled the camp – leaving only guards in the towers to be the last authority.

On April 29th, 1945, the U.S Seventh Army’s 45th Infantry Division, a part of The Allied Army, liberated Dachau and its satellite camps. It was reported that approximately 67,665 prisoners were found in Dachau and its satellite camps: around 43,350 were labelled political prisoners whilst 22,150 were Jews and the rest fell under other categories devised by the Nazis.

As soon as the American forces arrived at Dachau, they were confronted by 30 railroad cars containing bodies, all at varying stages of decomposition, which had been sent to Dachau before the Nazis fled.

Those who were forced into the Death March to Tegernsee were only liberated by U.S forces on the May 2nd 1945.

Between January 1940 and April 1945, at least 30,000 human beings perished in Dachau. Exact numbers cannot be given as there were several deaths of prisoners who had been left unregistered.

Here are stories of those who survived Dachau and from those who liberated them. 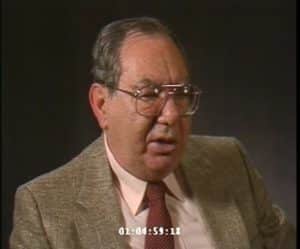 I remember, I was laying down. This guy says “Oh my God, what a sight.” [crying]. A sight. They start picking up the people. They picked them up one by one. Most of them were dead because they couldn’t… and… the less that were alive they put them in trucks and jeeps, and they took them to hospitals or they made tents and they put them in. They gave them water. They gave them packets from the Red Cross. And this was bad too because people when they got those packages, there was powdered milk, there was chocolate, there was a can of meat, and they were so hungry, they didn’t care, and they ate it.

So hundreds died from eating this stuff, because their stomach was not used to food. And I had a guy next to me, I don’t know if he was a doctor once or something–he was half dead too…

When he got that package, and I think he was Hungarian or Romanian, he says to me, “Don’t eat nothing. Don’t eat nothing. If you going to eat anything, you going to die. The only thing you do, if you have sugar, take the sugar in the mouth and suck on the sugar. That’s the only thing you should do,” he says, “the rest of them throw away. And if you want to keep it, keep it, but don’t eat anything. Don’t take the milk in your mouth. Don’t take the chocolate. Don’t take the meat”–because they used to give you a can of meat, Spam–“Don’t eat it, because if you’re going to eat it, you’re going to die.” And that’s what happened. Those people, they eat the stuff, they got diarrhoea and they died.

Abraham Lewent, Jewish survivor, on the moments after his liberation from a Dachau Death March 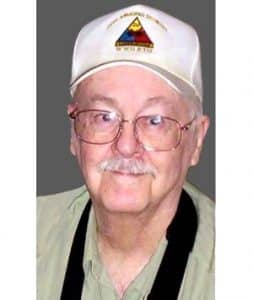 Most of the things I saw were so horrible that they’ve been blocked mentally, I guess from self-preservation or something, that I don’t remember the details very much. I remember a couple of scenes very vivid. One, when we were approaching, we saw a trainload of prisoners. Turned out they were not prisoners. It was a trainload of bodies that had been sent to Dachau from Buchenwald, I presume to be, to go through the furnaces, ovens, of Dachau. That’s a presumption. The other scene was in the camp grounds. I saw two of these living walking skeletons shuffling along toward each other.

They got within a few yards of each other, stopped, stared at each other, and then they tried to run, and embraced. They were either related or very close friends, and until that moment neither knew the other was still alive. And yet they’d been in that same prison for who knows how long. Those two scenes I remember very vivid, but a lot of the others I don’t.

Dallas Peyton was a member of the 70th Armored Infantry when he, with other liberating troops, he entered the Dachau camp and encountered survivors in April 1945. He passed away in May 2013. 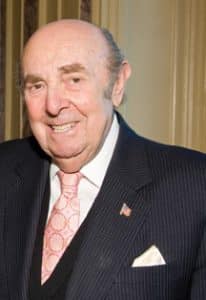 At the end of ’44, beginning of ’45, I know it was in the winter, it was very cold, I remember. And I remember it was, uh, they didn’t burn the bodies, we had to bury those bodies in, uh, in mass graves. And we had those carts — you’ve seen them in so many pictures — those carts and were stacked with bodies. And I remember we had to go, about over a mile, a mile, maybe a little longer, and it was mountainous terrain rather than flat. And the prisoners, I mean our people, they were so, uh, in such terrible shape, very thin, and, uh, could hardly walk.

And they were, we had to do this work, and I was one of them. And, uh, they started beating because we didn’t go fast enough. This was not unusual, it was a daily event. And, uh, I said something to the guy when he was beating up some of the boys who were just too weak, and then he hit on me. You know, we were at that, at that point very desperate. We knew it, it was only a matter of… that we would never get out alive, they told us that even. They said, “We leave you alive you’re gonna kill us, so we may as well kill you all.”

They used to say things like that, which was obvious. And, uh, we were very desperate in the early part of ’45, very little food. The Germans, uh, were gonna kill as many as they could. And, uh, they were also anxious because their war machine was running out, so they made us work harder to do those, uh, those factories, they still wanted to complete it. And I’m sure they were under, in retrospect, I can think they were under enormous pressure from the contractors whom they, whom we worked for, that they wanted to get as much labour out of us as possible. And, uh, it was tough; a lot of people got killed. 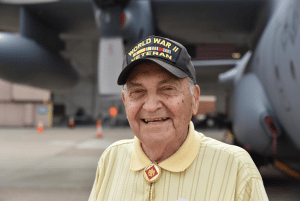 It was terrible. I never saw anything like those camps. We saw a line of railroad flat cars stacked with what appeared to be logs. But we were wrong. There were 39 railroad cars filled with 2,000 dead people — men, women and children.

Some guys cried. Some guys vomited. We were not prepared for that.

And these soldiers were not new to the war, Prestia said. They were battle-hardened, having invaded Sicily in 1943 and fought the Germans entrenched atop mountains at the Battle of Monte Cassino in Italy. They fought bitterly against German forces for months in 1944 at Anzio, Italy, and then moved on to the invasion of Southern France.

German guards had been preparing soup for inmates before they fled in advance of the Americans’ arrival. Prestia said they later learned the kettles contained a poisonous concoction. He was sure the hungry prisoners would have eaten the soup, leaving few witnesses to the atrocities committed at Dachau.

If we had gotten there a day later, it would have been bad.

Even today, I can recall the stench of the dead and dying at the camp, with its gas chambers and crematoriums.