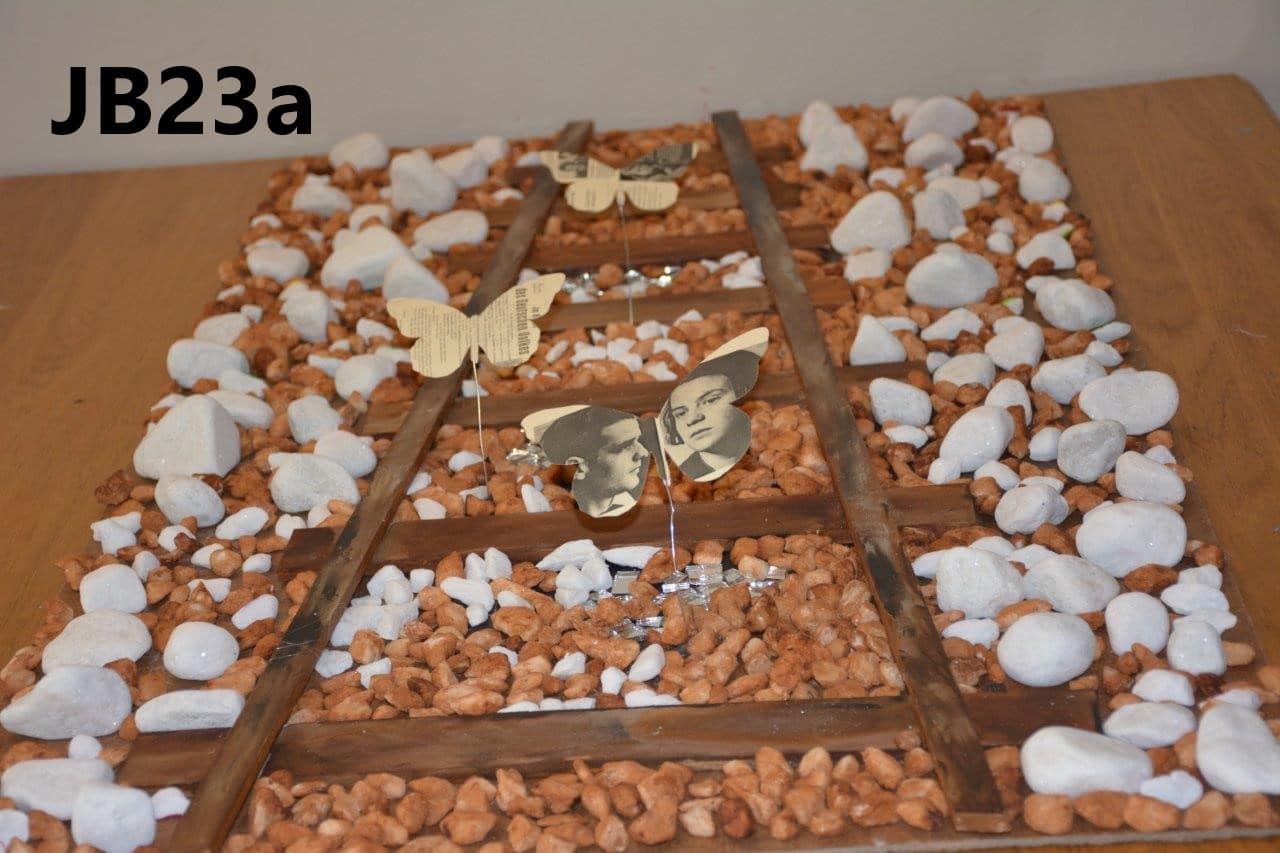 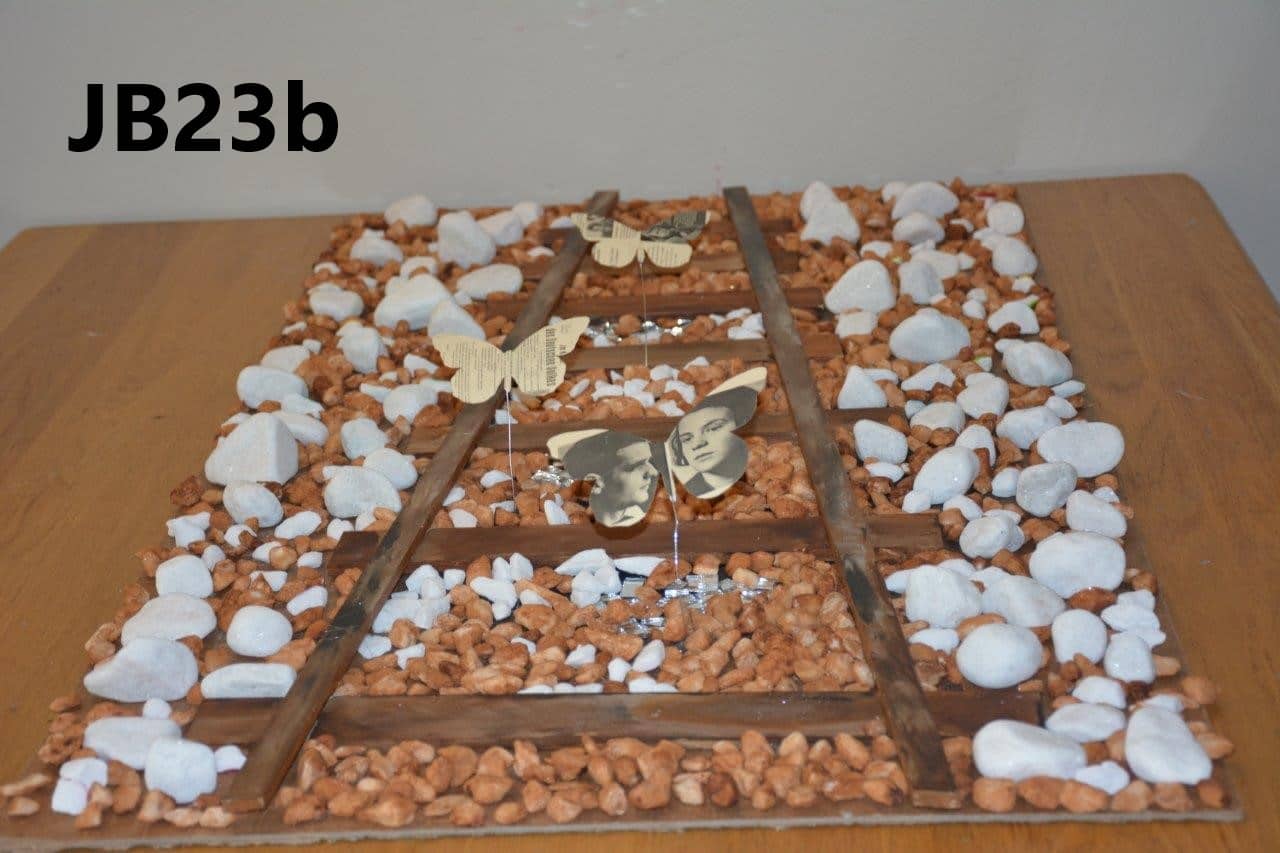 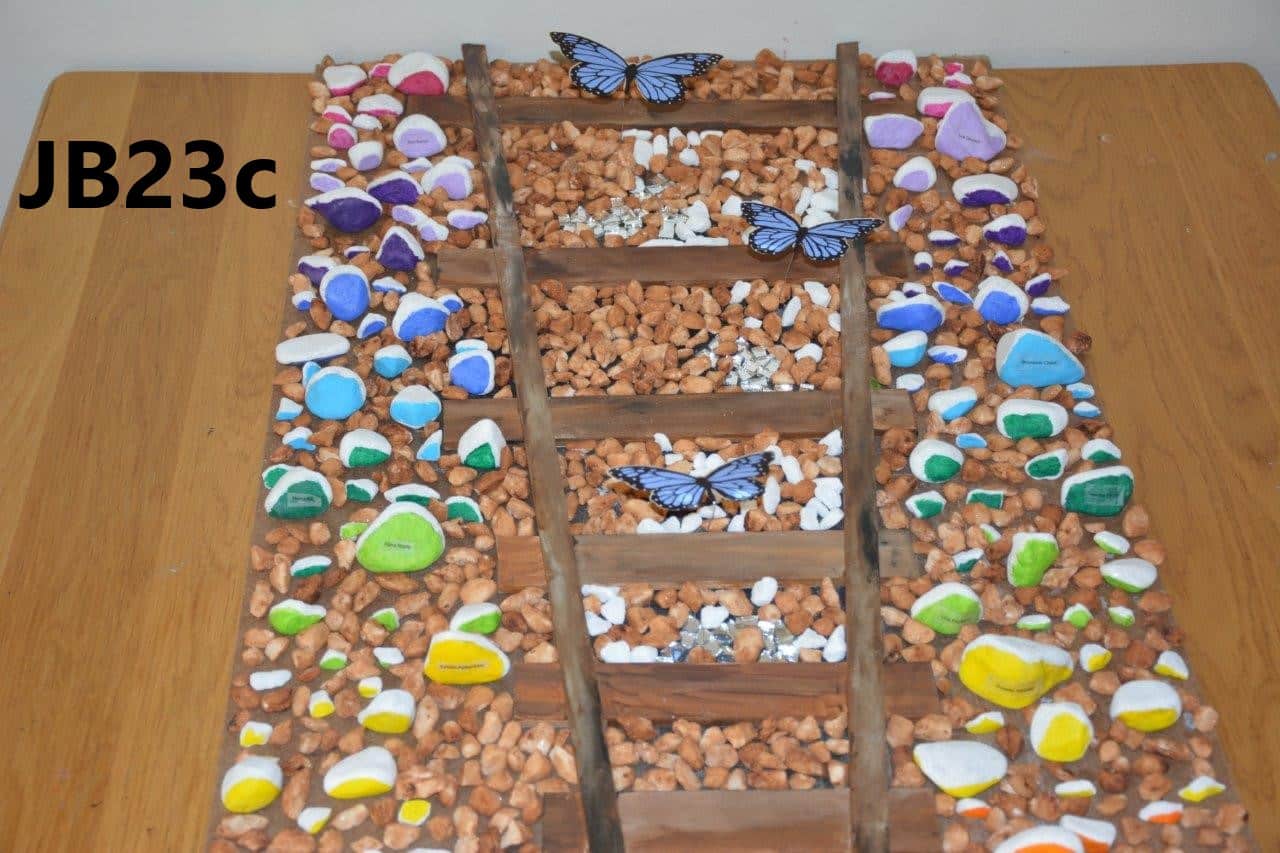 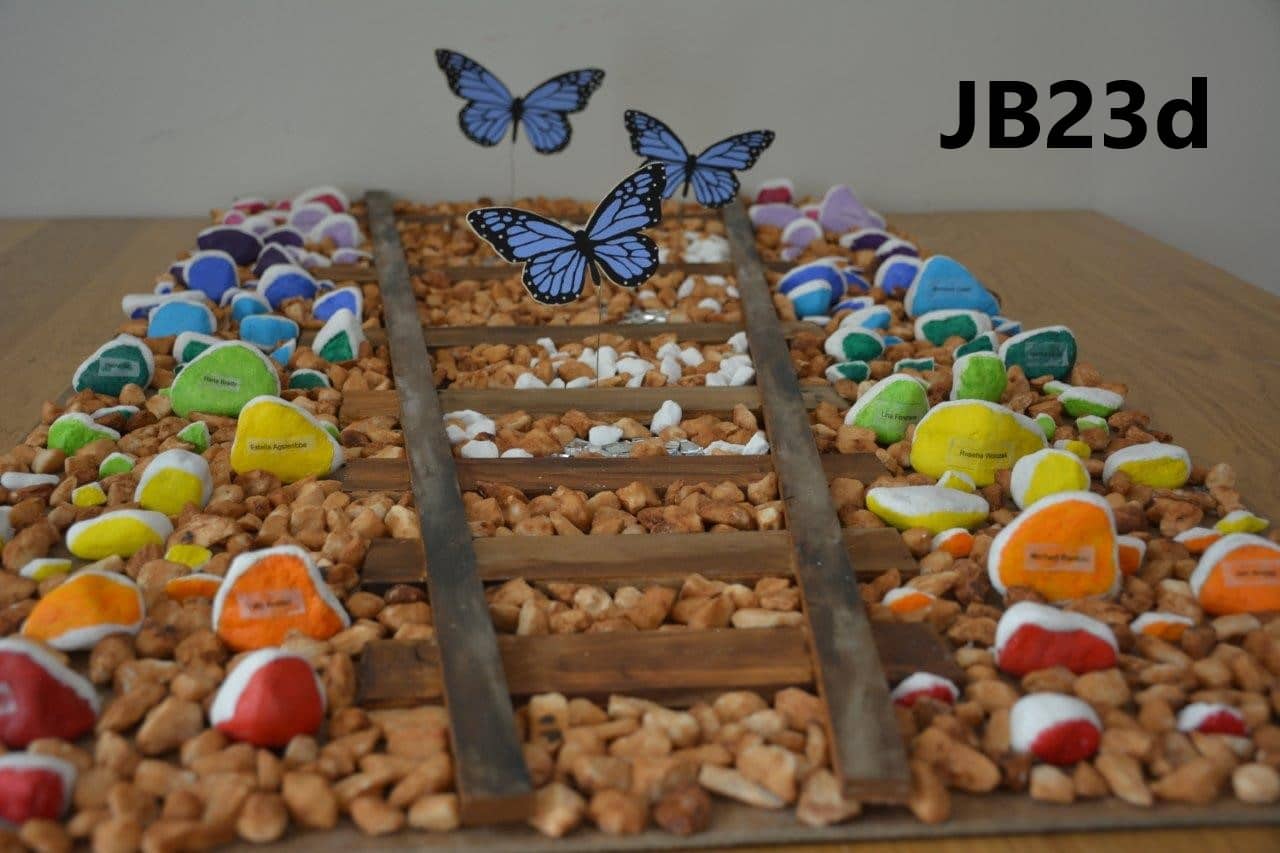 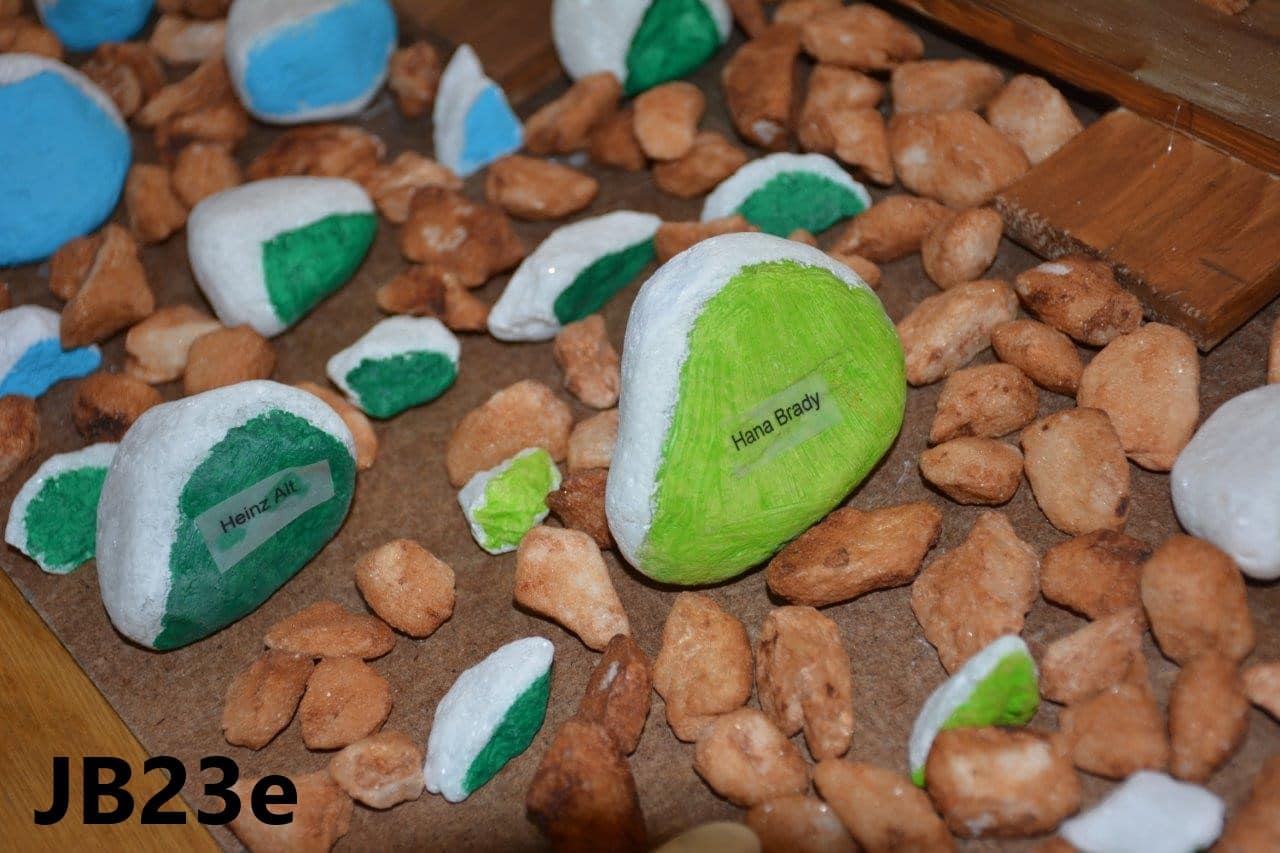 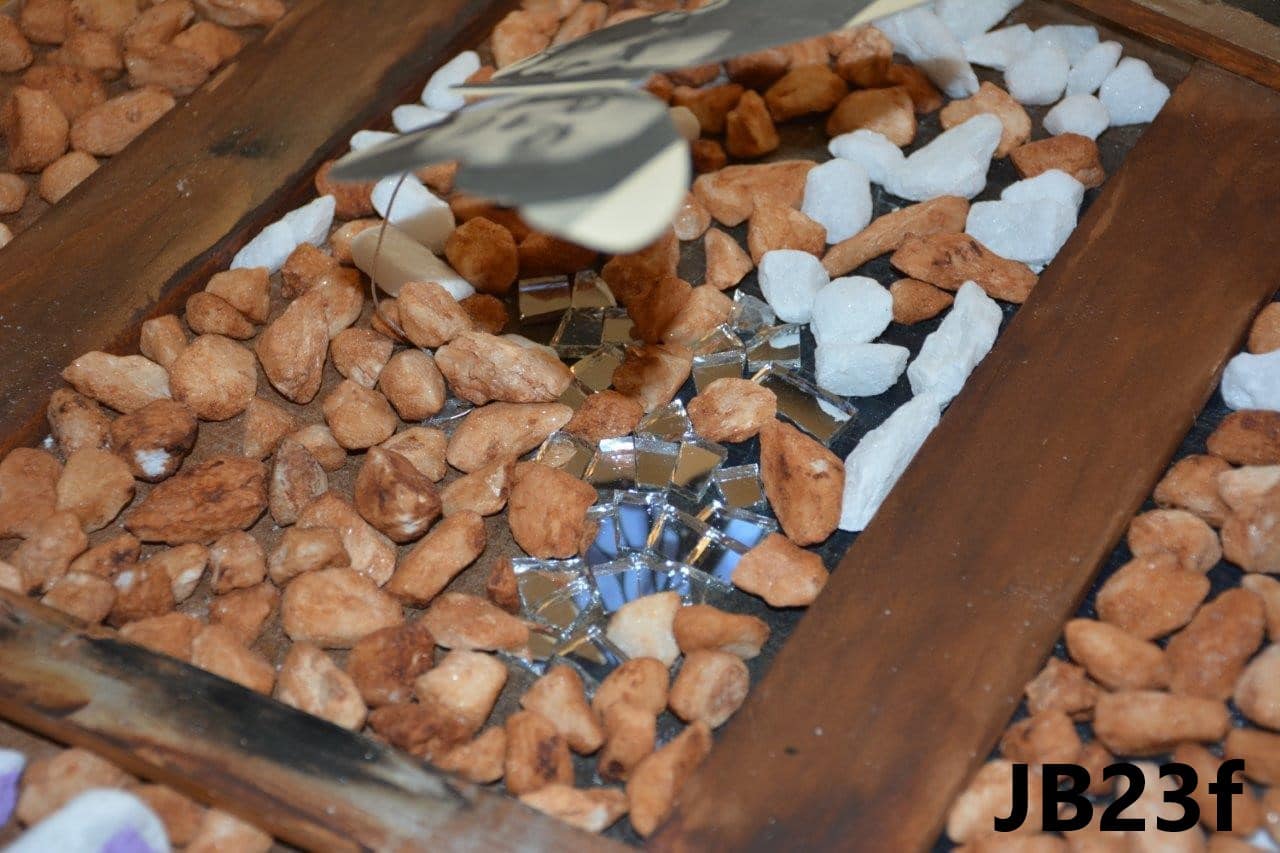 I have chosen to create a 3D artwork that represents the railways going into the death camps. Visually the railways leading into the camp is dark, scary, plain and miserable, but the optical illusion is created if you look at the railway line from the other side. There is a rainbow of colour “leaving the camp”, which represents bright, colourful, joyful and hopeful.

Leading in the death camp you can see the white rose pamphlets displayed on the butterflies and underneath them are mirrors to reflect their real colours, which resembles the hope that Sophie Scholl and Hans Scholl gives through the white rose.

Leading out of the camp you can fully see the colours of the butterflies, which resembles freedom from the camp, you can also see many bright colours, which resemble happiness for those who survived. The bigger stones resemble the placing of stones on graves, of the people who did not survive the death camps, to show that they were visited and remembered. And the names written on the stones are in honour of those whose lives were taken. Resistance is in those who will always be remembered and in those who survived and live on.