The Cape Town Holocaust & Genocide Centre runs an annual art and writing project for high school learners in the Western Cape. The White Rose Project takes its name from a group of German university students who resisted Nazi oppression. They were known as the White Rose Movement. 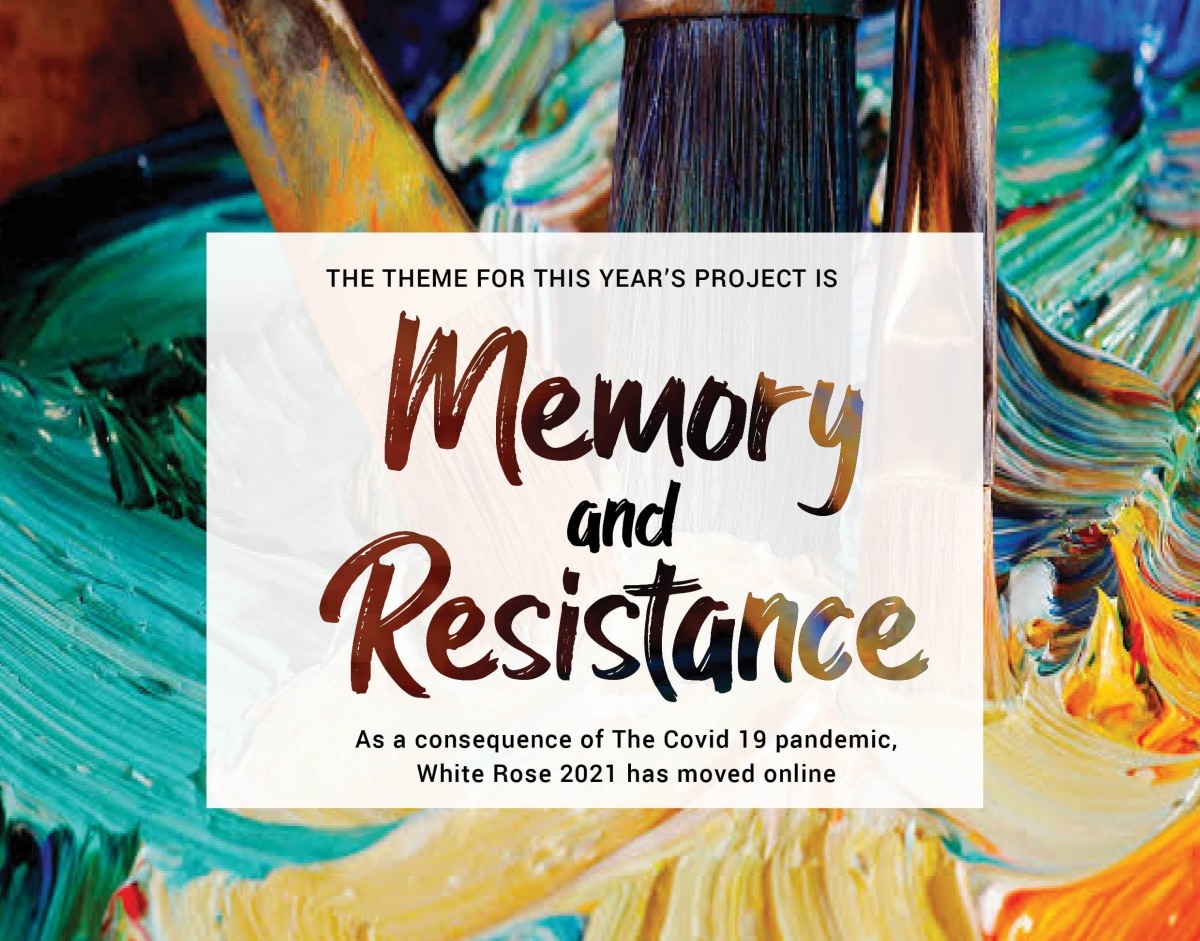 Our hope is that the project will facilitate a greater understanding of the need to protect human rights and freedom of expression. We would like the project to serve as a catalyst in empowering participants to each find their voice in resisting injustices within their own environment.

We hope that it will give participants the opportunity to learn about resistance to Nazi oppression during the Holocaust, as well as to consider what relevance this history has for a South African in 2021.

The competition is aimed at encouraging cross-curricular study. Educators may choose to use the topics of the project as an activity for learners’ portfolios.

The Cape Town Holocaust & Genocide Centre will have an online exhibition of digital media, artworks and writing pieces submitted to the project. Learners will be able to collect their submissions after the run of the exhibition.

The members of the White Rose Movement used the power of words to oppose the Nazi regime. They wrote and distributed a series of six leaflets calling for passive resistance from the German population. In other instances, people risked their lives by creating false documentation for Jews fleeing Nazi-occupied Europe. The Nazis tried to dehumanise the Jews and other victims by stripping them of basic rights, including religious and cultural expression. Thus, the act of creating a poem or a painting, keeping a diary or recording everyday events became an act of resistance and defiance.

Within the Writing Section, they can elect to submit their personal response in the form of a poem, essay or story. In the Media Section, learners can submit a video, a two or three dimensional artwork using any materials or a performance arts piece.