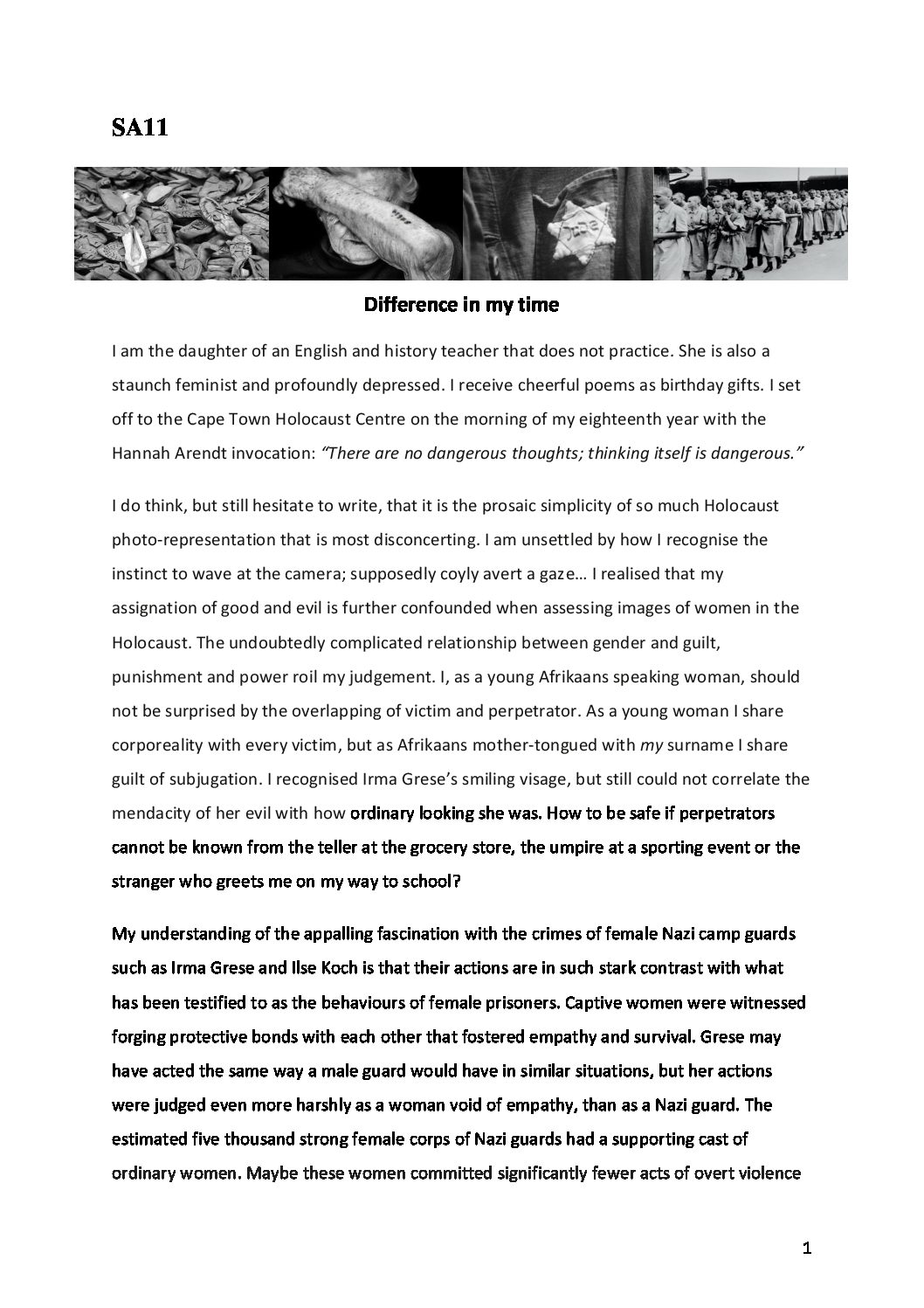 Motivation: Difference in my time

My visit to the CTHGC inspired me to think about the overlapping roles of perpetrators and victims in the Holocaust and the relevance that holds for me as a white woman in South Africa. The visual and aural experience was overwhelming.

I was particularly struck by the image we were shown of a smiling young Irma Grese who became one of the most notorious female Nazi prison guards. I decided to write a reflective descriptive essay stemming from my discomfited response to this coy image.

In trying to find words for this discomfort I realized that increasingly in my family, culture and society I experience a loss of overarching systems of meaning. What then guides a quest for truth and normative behaviour? This was my point of contact to trying to understand the dichotomies of behaviour in our society and one such as that of Nazi Germany.