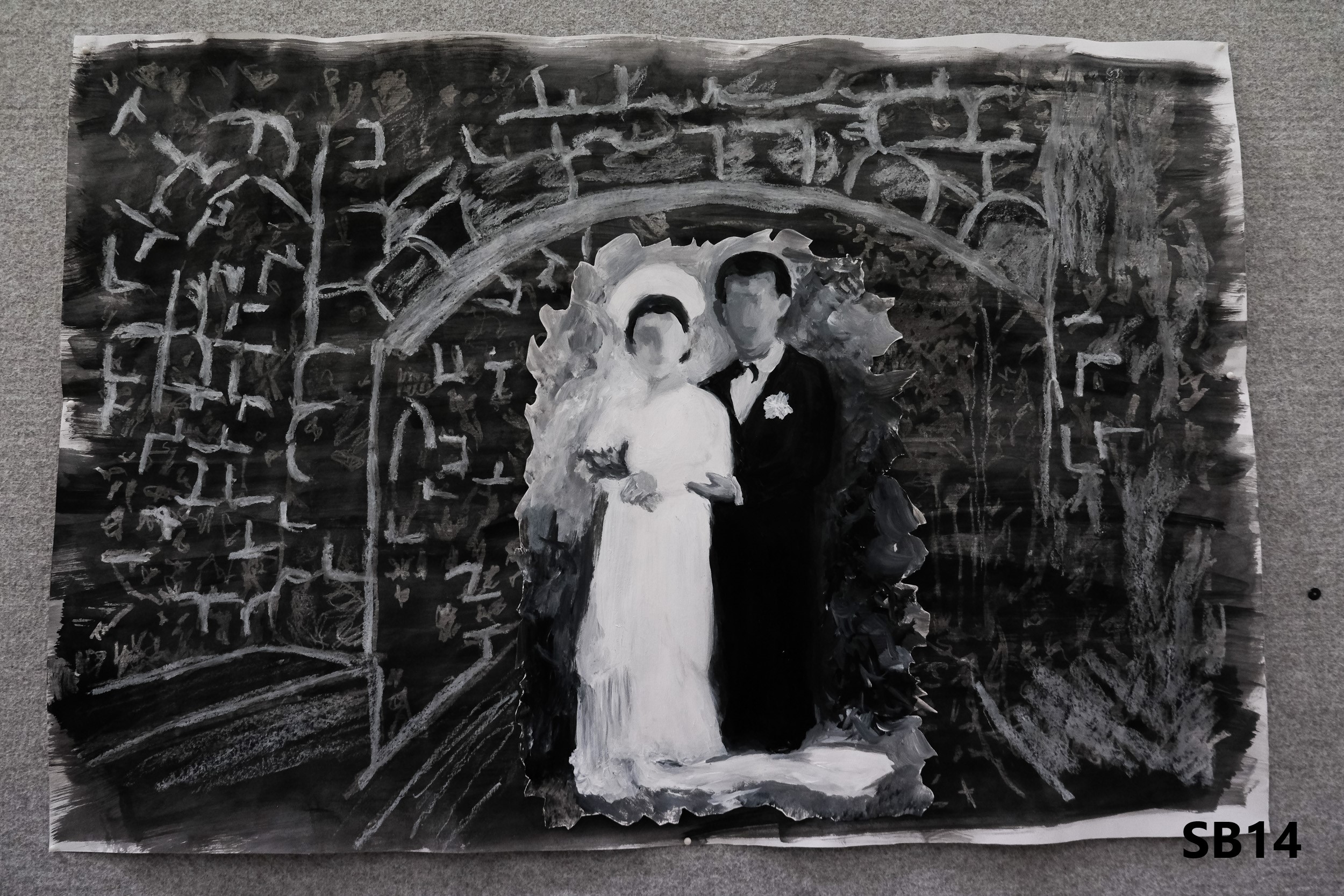 This piece was created for our Yom Hashoa project that aimed to focus on and commemorate the Rhode Island holocaust survivors. The background of the work is of the outside of a shul found on the island. This is paired with a painting of a Jewish bride and groom that had been married on the island as well. I wanted to use a setting that was on the island to make it clear that the topic was of the Jews of Rhode Island. I chose to focus on the couple to emphasise the love and joy that resided on the island before the Nazi’s invaded, but I also chose to blur their faces to create the idea that it could have been any Jewish couple, not just the one that I used as reference.