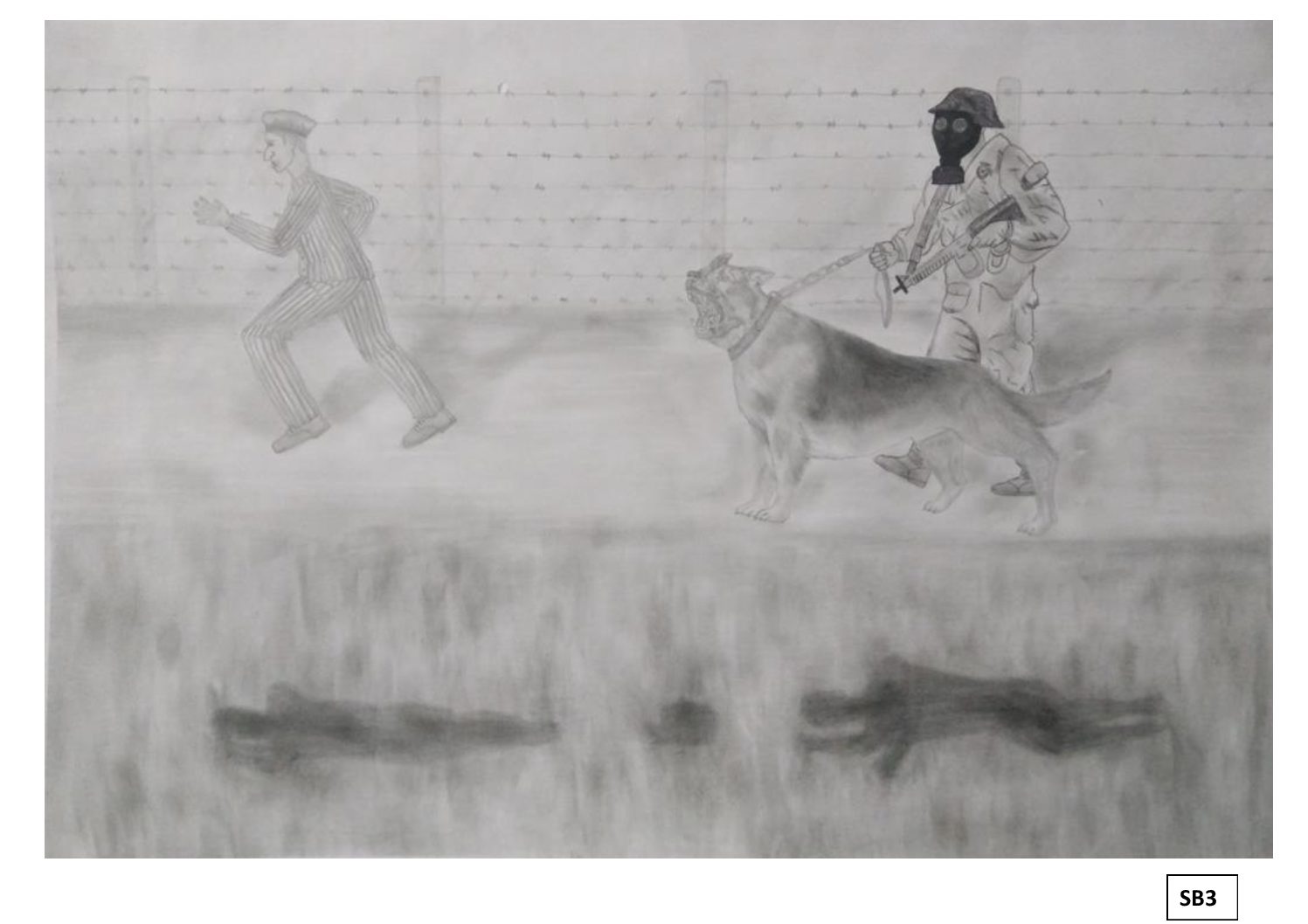 This drawing is based on the holocaust which took place between 1941 and 1945, across Europe, Nazi Germany. Two-thirds of the European Jews were brutally murdered during this time and this drawing encapsulates how Jews suffered just because they were viewed by the Nazi regime as ‘’unworthy of life’’. The man in the drawing runs for his life over grounds that his brothers and sisters are buried in.