Warning: Attempt to assign property 'description' of non-object in /bitnami/wordpress/wp-content/plugins/wordpress-seo/src/generators/schema/third-party/events-calendar-schema.php on line 188

The Rabbi of Buchenwald by Dr Rafael Medoff 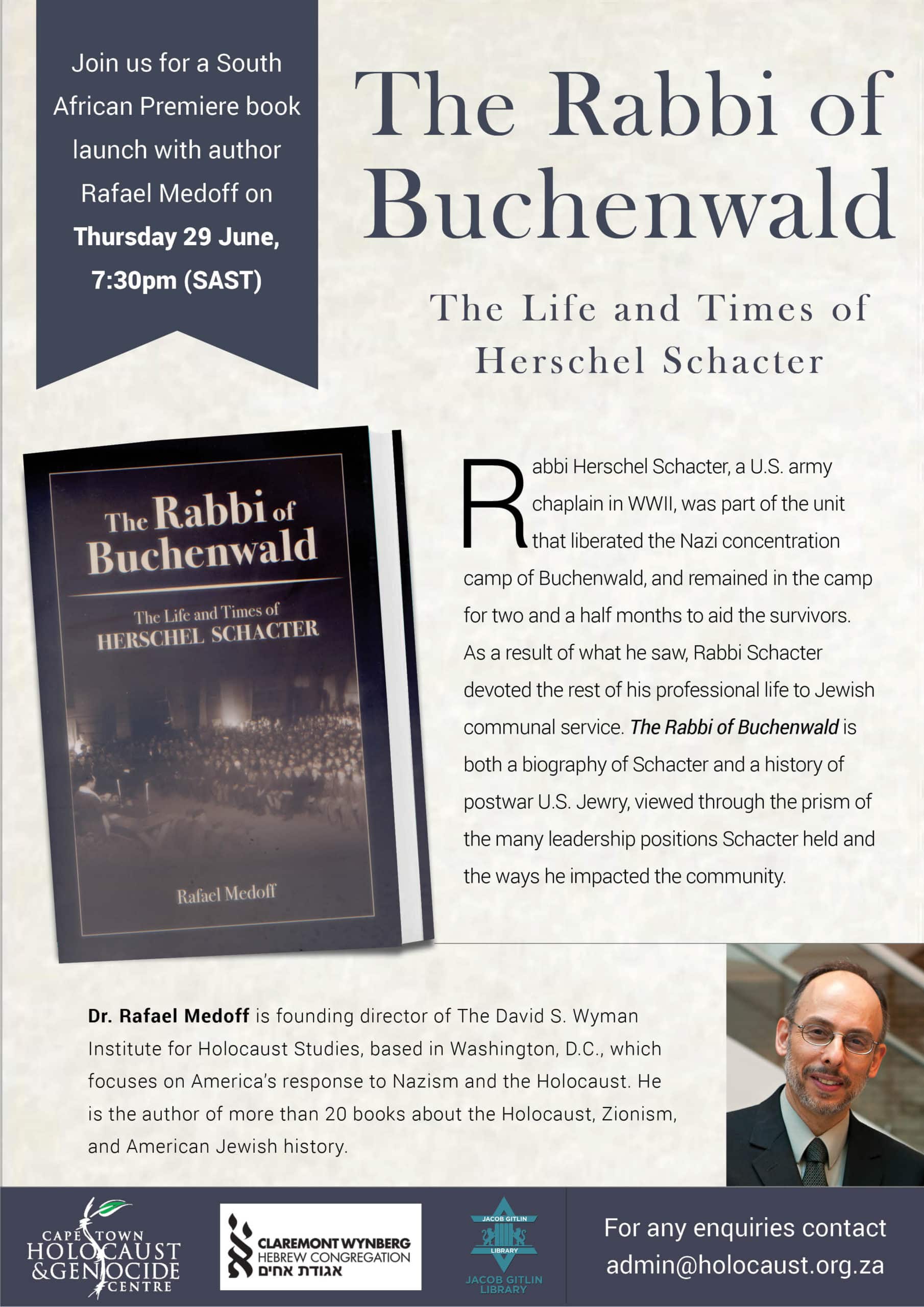 Register for this talk

Rabbi Herschel Schacter, a U.S. army chaplain in World War II, was part of the unit that liberated the Nazi concentration camp of Buchenwald, and remained in the camp for two and a half months to aid the survivors. After the war, Rabbi Schacter helped spearhead a revival of Orthodox Judaism in America, played a significant role in the Soviet Jewry protest movement, and led efforts to secure American support for Israel. He was the first Orthodox rabbi to chair the Conference of Presidents of Major American Jewish Organizations. Through the prism of Herschel Schacter’s life, The Rabbi of Buchenwald also sheds important new light on how American Jewry grappled with the political, social and racial crises of the 1960s, 1970s, and beyond.

Dr. Rafael Medoff is founding director of The David S. Wyman Institute for Holocaust Studies, based in Washington, D.C., which focuses on America’s response to Nazism and the Holocaust. He is the author of more than 20 books about the Holocaust, Zionism, and American Jewish history, and has contributed to the Encyclopedia Judaica and many other reference volumes. Dr. Medoff has taught Jewish history at Ohio State UnIversity, Purchase College of the State University of New York, and elsewhere, and is a Fellow of the Finkler Institute of Holocaust Research at Bar-Ilan University. He is also a winner of the American Jewish Press Association’s Simon Rockower Award for Excellence in Jewish Journalism.