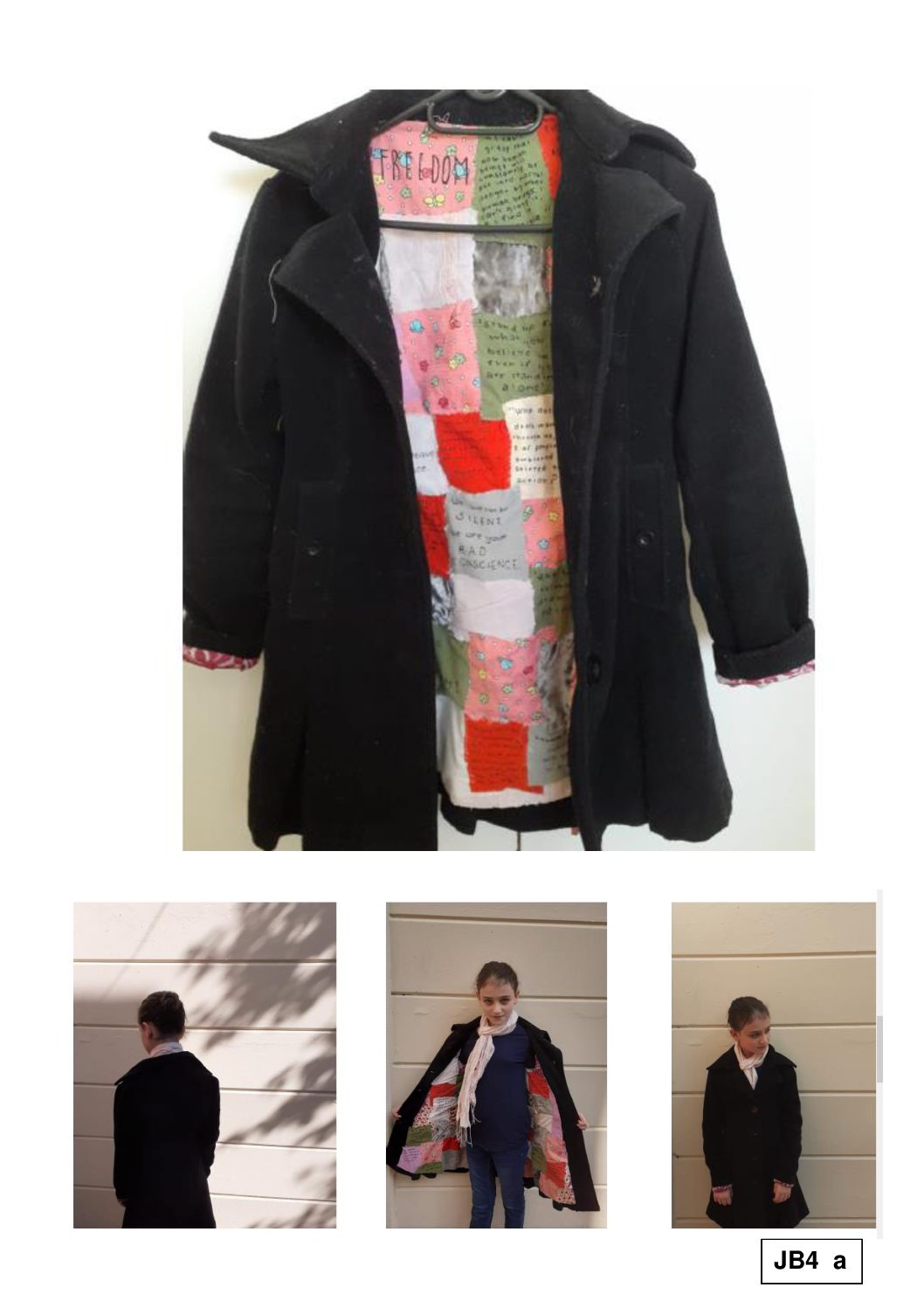 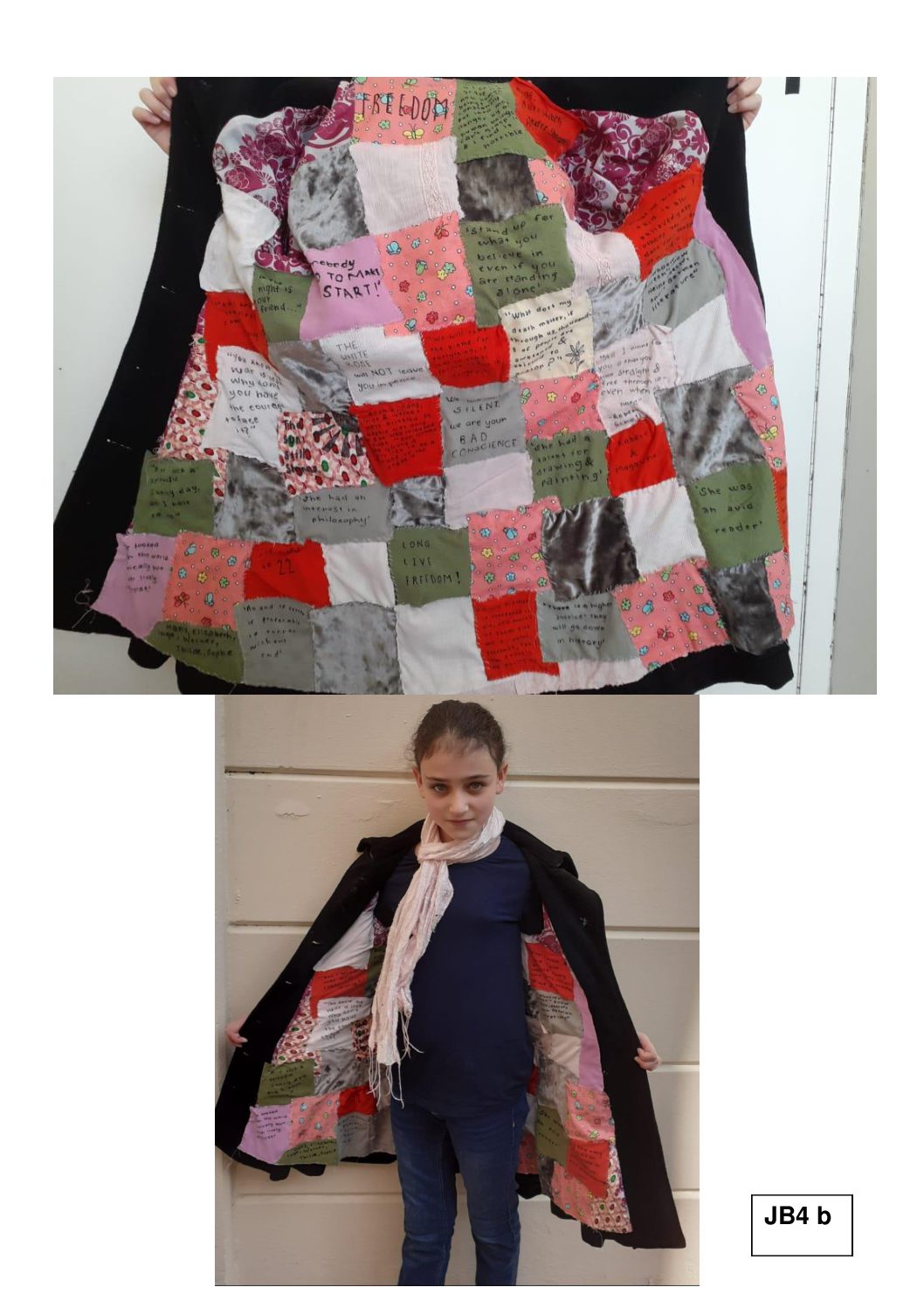 Sophie: Inside and Out

For my project I have chosen to focus on Sophie Scholl who was a key member of the White Rose resistance movement which opposed the Nazi regime during World War II. They tried to spread the truth of the situation to the rest of Germany but Sophie, her brother Hans and Cristoph Probst were eventually caught and executed. Sophie was an extraordinary young woman. She had a talent for drawing and painting, she is recorded as being an avid reader with an interest in philosophy and theology and was a kindergarten teacher. Throughout my research I found one recurring point: Sophie was valuable to the White Rose Movement because she was a woman. As a woman, the chances of her being randomly stopped by members of the SS were significantly lower.

For my project I took an old coat and hand sewed patches of colourful material into the lining. I then wrote quotations by Sophie, or by her family to her, some of her character traits, family member’s names and more on the patches. Sophie was so much more than she appeared. On the outside she appeared to be just a normal German girl, from a good German family, with a good German boyfriend in the army. What people didn’t realise from first glance was that she was extremely intelligent and brave. On the outside the coat looks plain and like any other coat, but on the inside it is unique and remarkable, just like Sophie.

With Sophie’s last words, she emphasized that her death did not matter if it made people realize that there was so much wrong going on right in front of their eyes (“What does my death matter, if through us, thousands of people are awakened and stirred to action?”). Remembering her was not what she wanted. She wanted people to keep her words as a constant reminder of how much wrong there was, and yet we still know her name. Remembering her is important because she believed that things could be better than they were and that discrimination was wrong. She didn’t have to act – she could have sat back and done nothing, but instead she spoke out. She was a strong young woman who fought for what she believed in and for that alone I believe she needs to be remembered.