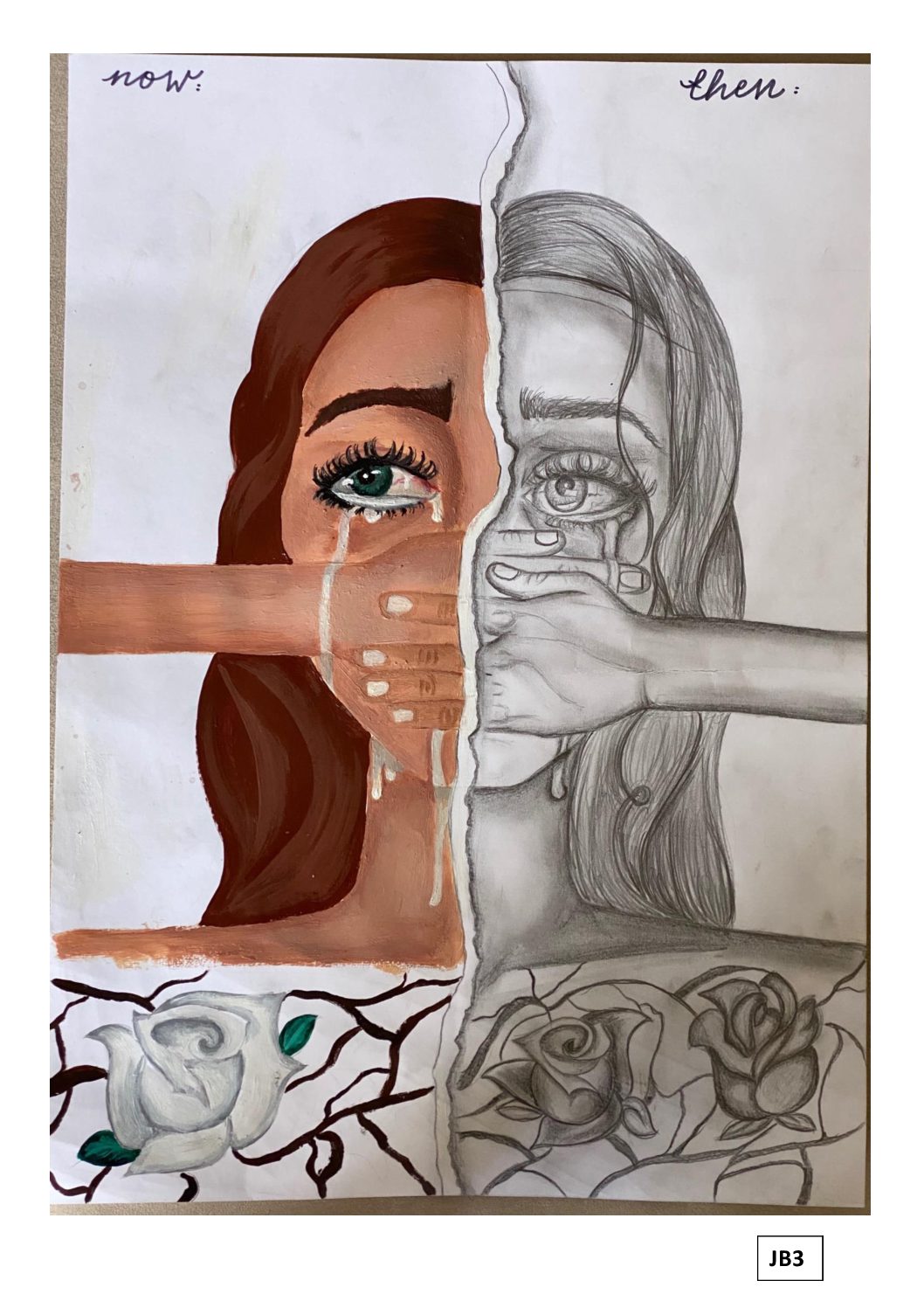 For my White Rose Project, I have created an artwork. This piece remembers the thousands of people who were restricted from freedom of expression and their basic human rights during the time of the holocaust. Their voices were ignored and they were forced to keep their opinions to themselves and abide by Hitler’s unfair rules whether they agreed with it or not. During the time of the Holocaust, the Jews were being constantly abused by the Nazis. The Jews wanted to make their voices heard and stand up for themselves. In this picture, I have drawn a lady. She represents the Jews in the Holocaust; she is crying because of her harsh circumstances These tears have planted roots and grown white roses. These white roses stand for the White Rose Movement which was a resistance movement of students who opposed Hitler and the Nazis. They created anonymous leaflets in their university, Unfortunately, in the end, its members paid a terrible price for resisting Hitler’s system. These roses don’t only represent this movement in particular, they also represent all the different forms of resistance performed against the Nazis during 1941- 1945 by the Jews.

I have designed my picture half in colour and half in black and white. The black and white side represents the time of the holocaust. The colourful side represents today. I feel this concept of protecting human rights, freedom of expression and finding our voices in resisting injustices around us is still very relevant today. There are so many situations where people’s voices are ignored and different people of different races, genders, cultures, beliefs are treated unfairly just based around these characteristics and with less respect than others. I have also chosen for the character to be a girl to highlight the extremely cruel issues of woman abuse which occurs daily not just in South Africa but all over the world, the woman also represents Sophie Scholl – the leader of the White Rose Movement. We can be inspired by the white roses in this painting, all the resistance. People who were strong enough to fight for their voices to be heard and not let people treat them any less than they should be treated because, in the end, we are all equal.