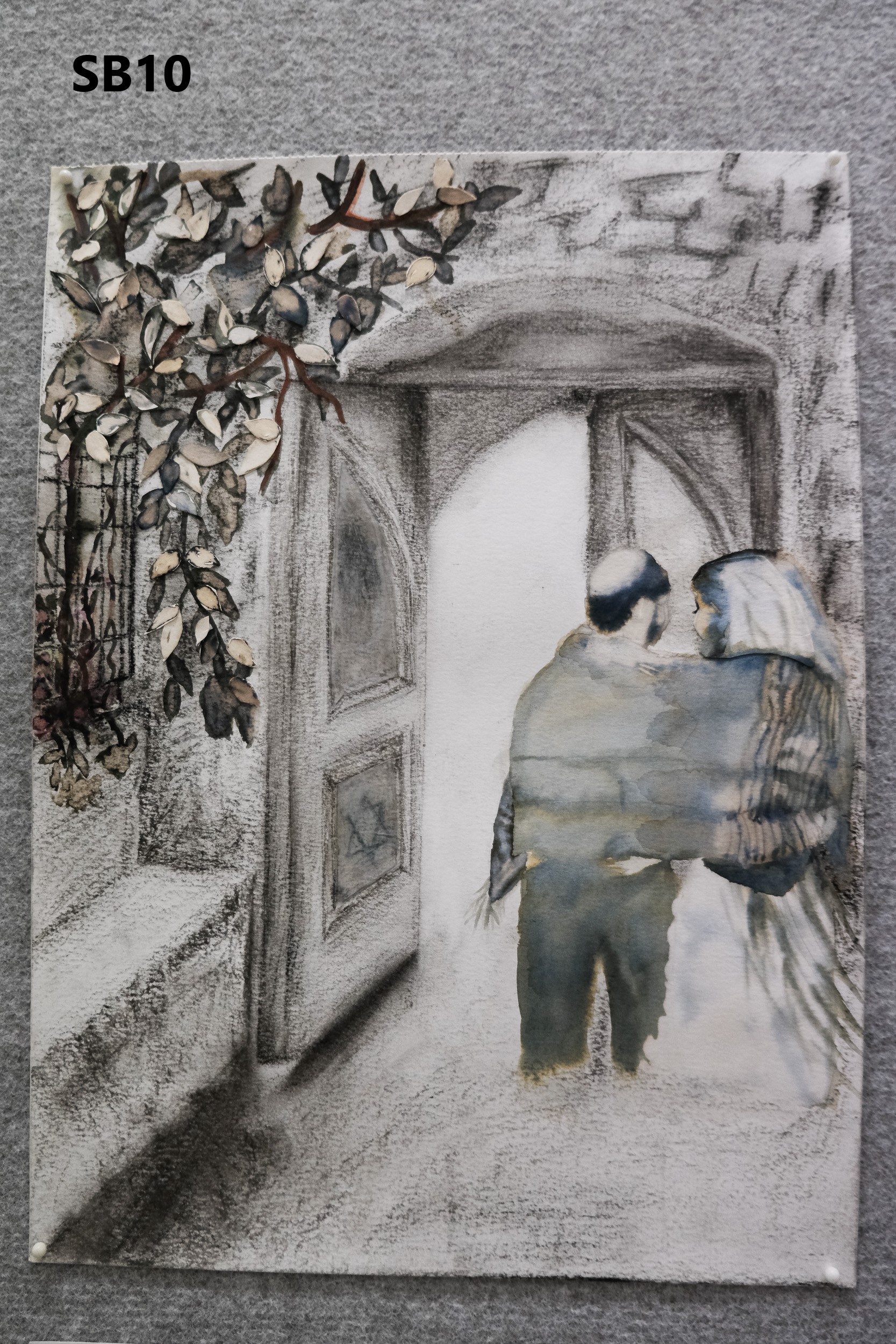 In Term 1, we focused on the atrocities of the Holocaust, particularly the effects it had on a small, Jewish community in the little Greek island of Rhodes. I found this project very emotionally engaging as it was not only the subject matter that I was looking at; it was the deep history behind it as well. I chose to centre my practical around life in Rhodes prior to the war and Judaism, which was so richly rooted, in the community there. I felt it was only fitting to commemorate the life that once was as well as to honour the legacy that lives on, still, today.

After many ideas, thoughts and images, I decided to use a shul in Rhodes as a part of my painting as shuls are the link when connecting Jews in a community. I came across a photograph of an entrance to the shul; it had the typical greek archway with bougainvillaea surrounding it, beneath the archway were two doors, one open and one with a Magen David on it. I loved this image as I felt it portrayed the Jewish aspect of Rhodes while still incorporating Greece and it’s beauty. In a way, it described the thriving, Jewish community there, as their Greek and Jewish cultures were so deeply intertwined. I decided, after experimenting largely, to use charcoal as my main medium, in the hope of it creating a very distinct, refined look while still showcasing something fleeting and disappearing due to the fading effects of charcoal. Showing that whilst the Jews of Rhodes may no longer be the large thriving community they once were; their legacy, culture and sense of Judaism has remained.

I then added a newly wedded bride and groom with their backs to us. I chose an image of a couple covered in a tallit, which is something the husband will wear in the future. By enclosing the newly wedded couple together, it symbolizes the home in which they will build, one that is hopefully imbued with holiness. I felt this image was so powerful as it was a custom that was used in all Jewish, Sephardic, Greek weddings at the time and it not only signified their hope but also the couple’s bravery to discover uncharted territories of married life together. With my artwork, I hoped to create an image similar to that; one that symbolized the strength, unity and courage that every jew in Europe had as they were led towards unexplainable horrors and also to showcase how Judaism has remained constant and a source of light, too many, even in the darkest moments.