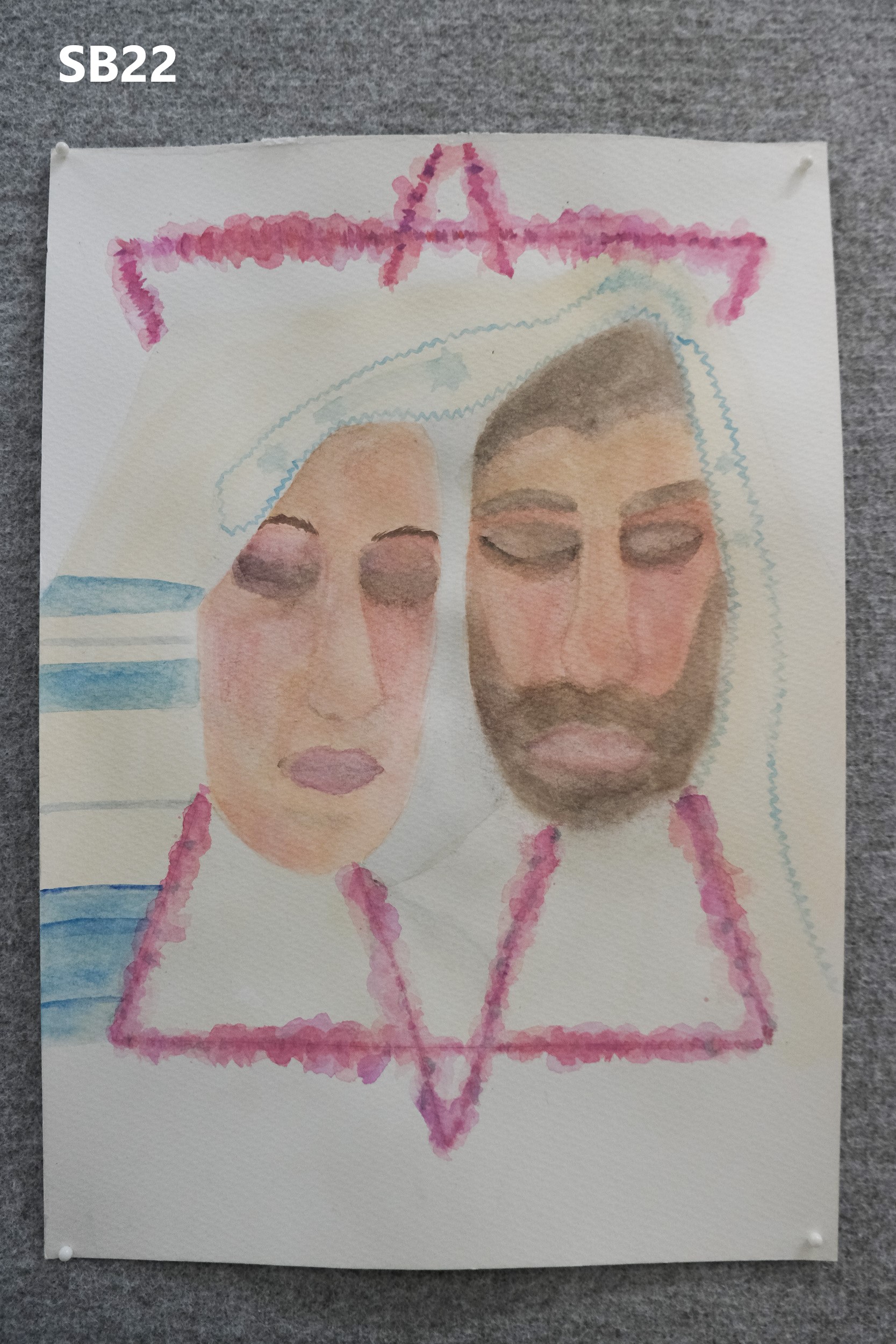 For my practical artwork for the Rhodes submission I recreated a photograph of a Jewish couple getting married under a chuppah, surrounding them, I had put a Magen David covered in bougainvillea. Whilst listening to the stories of so many who were forced out of Rhodes, the idea dawned on me that people had gotten married, created a life and lived there and I wanted to honor that. It struck me that Jewish children, teenagers, adults and elderly were taken from the place that they call home, where they had grown up and likely the only place that small children would have known. The idea of a married couple for me, encompasses the beginning phase of a new life and family. I not only wanted to pay tribute to the lives that were taken from the Jews of Rhodes but also the idea of people starting new lives and continuing the Jewish peoplehood after the Holocaust. For me, it was most important though to honour the lives of those who were living in Rhodes Island during the beginning phase of the Holocaust thus the idea stemmed from exactly that- a tribute piece. The couple is representational of the life in Rhodes while the Magen David symbolizes their Jewish identity, which resonates with me. The idea behind the bougainvillea entangled in the Magen David was to incorporate a visual that is so much a part of the culture of Rhodes as it’s something that’s seen all over the island- to credit the island for its natural beauty, something that is so simple yet so representational. Upon the completion of my piece, it seemed to me that an unintentional consequence of my painting was that the bougainvillea seemed to also represent the idea of imprisonment and lack of freedom through the way that it oddly represented barbed wire, entanglement and lack of freedom.

While not the initial intention of my piece, it suggested the concentration camps and yet more important was that despite this, the Jewish peoplehood and identity was still alive. I wanted to honour the Jewish couples who had settled in Rhodes and built a life and through this I felt my piece symbolized the idea of Jewish roots ingrained in Rhodes Island and captured the tragedies that took place.