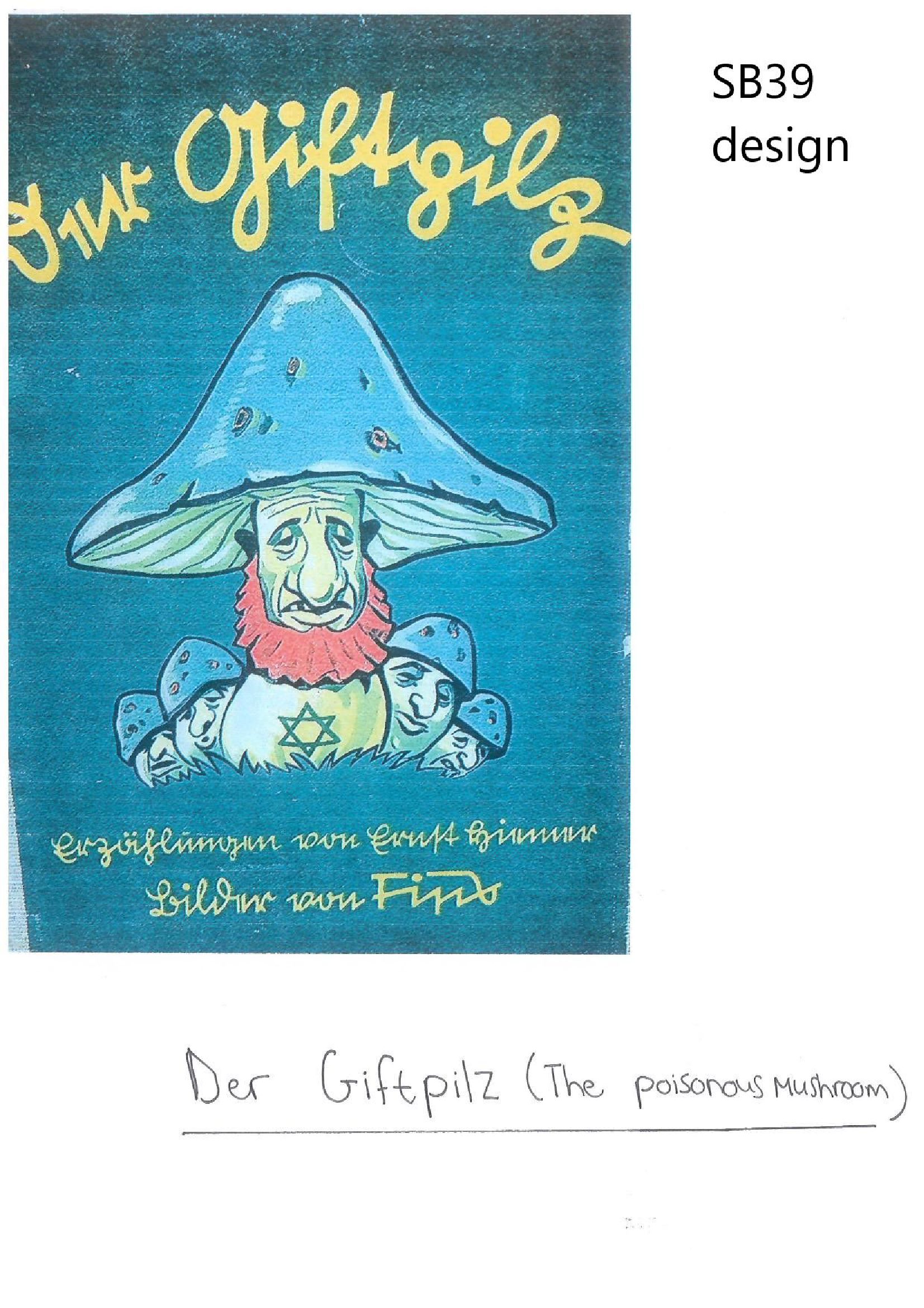 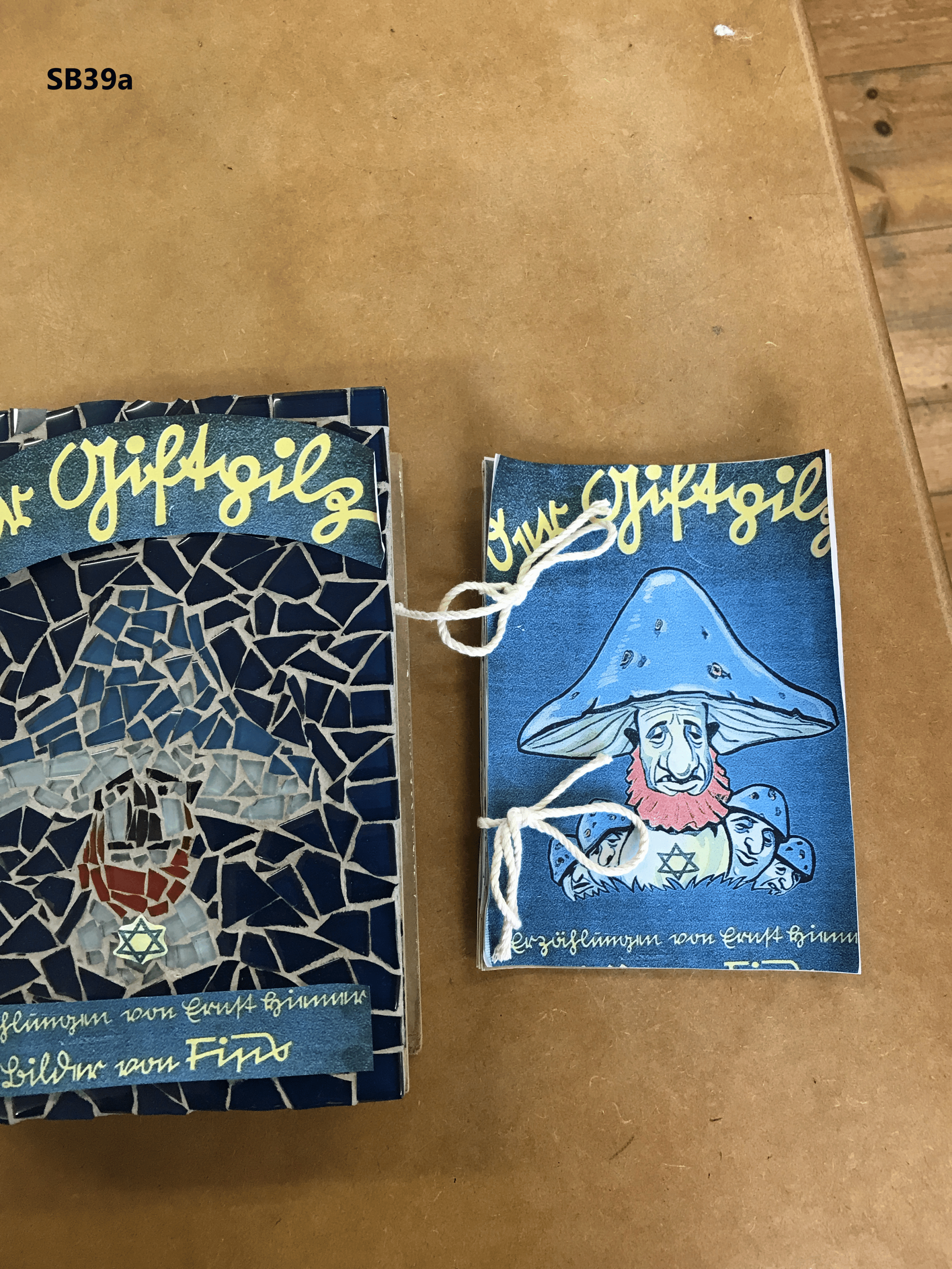 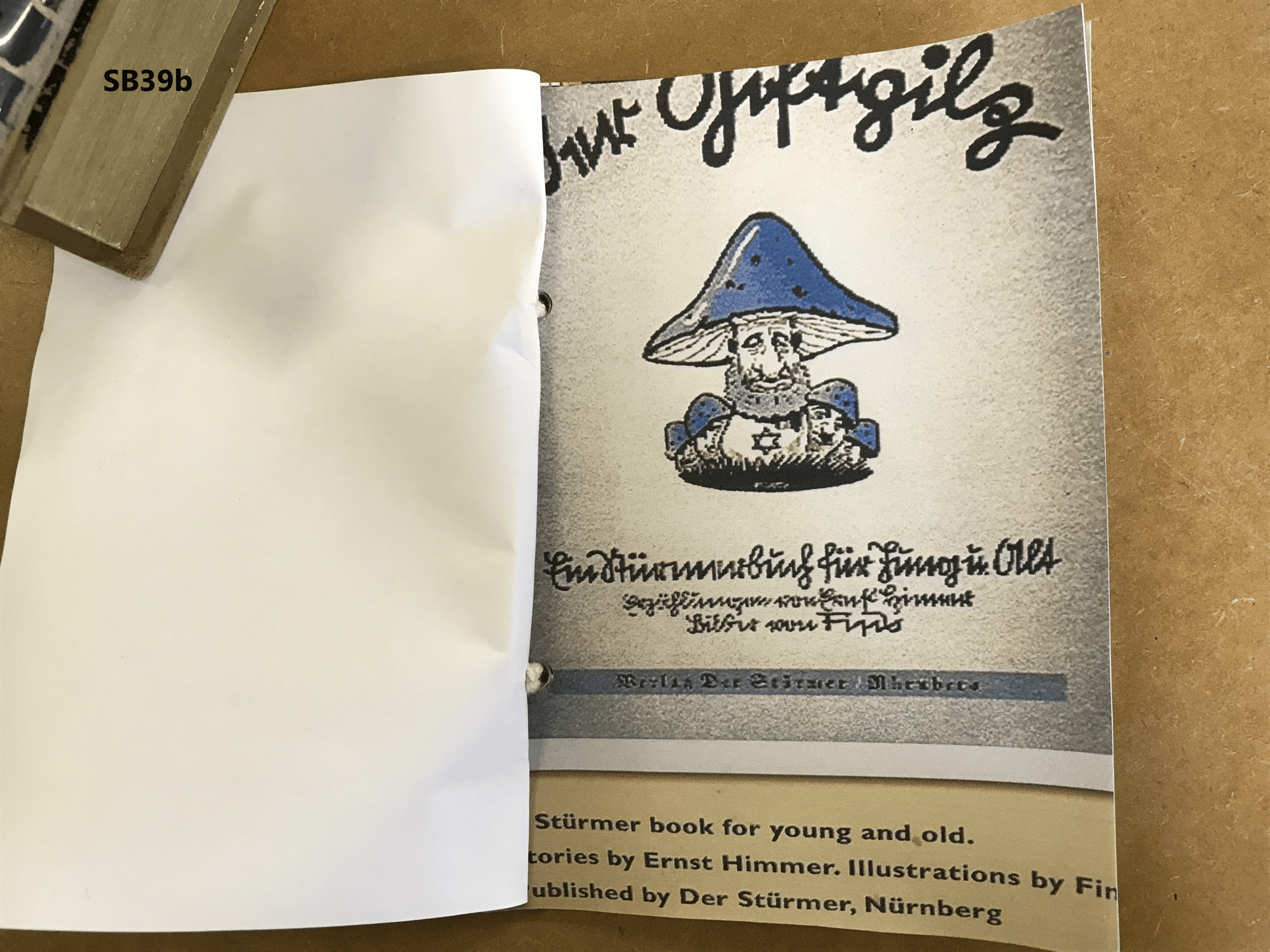 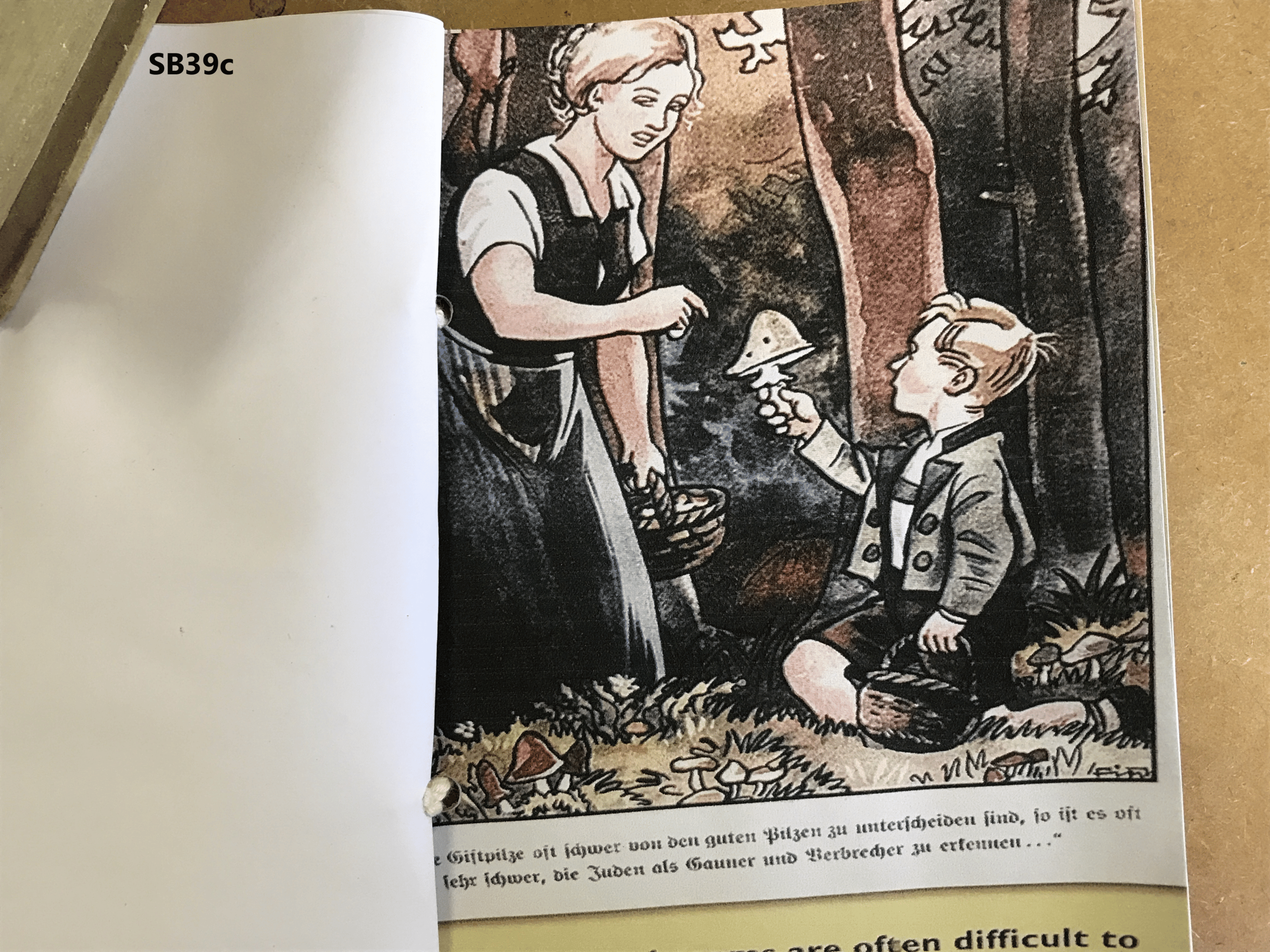 After I visited the Holocaust Museum I was shocked at this book that was read to children. The fact that a mother was teaching her child that Jews are a threat not only to Germans but also to the survival of the entire world is terrible. This motivated and inspired me to recreate this book in a form of a mosaic so that others can see how powerful this small item can be. It played a supportive role in the ‘scientific’ reasoning that Jews are inferior to Germans. It caused prejudices, hatred and genocide to come from it. This is an example of the brainwashing that happened to children. I wanted others to realise the instrumental part that this book played in people’s lives and how many don’t even know existed yet it planted the seed in the mind’s of children that justified the destruction of ‘inferior people’. The fact that Jews were being compared to poisonous mushrooms in a children’s storybook is unbelievable. This all motivated me to create an artwork that can give readers a taste of all indoctrination and brainwashing that took place to children.