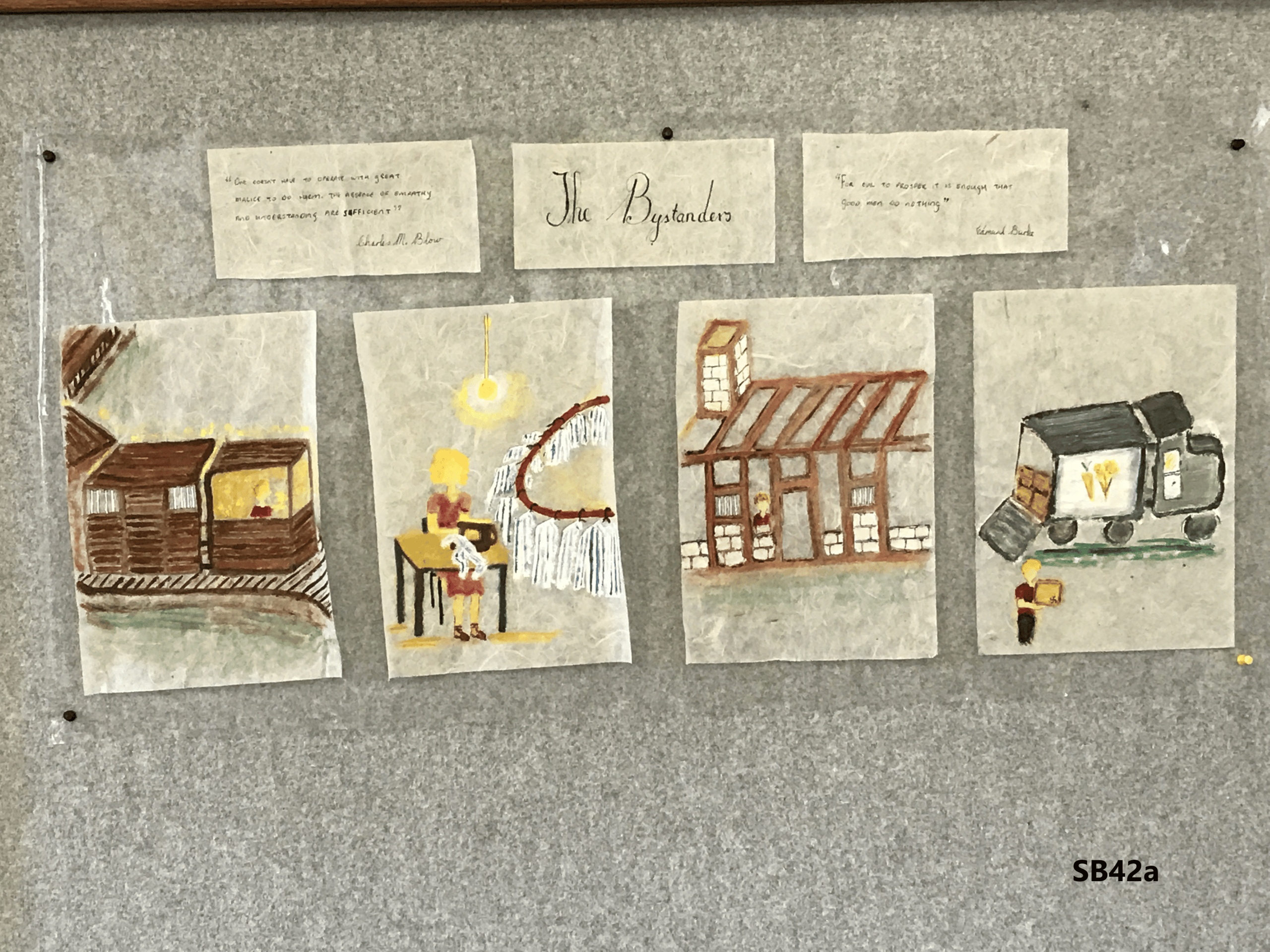 My art piece is titled ‘The Bystander’. It is a four piece series, made of watercolour paints on A4 pieces of tissue paper. Each artwork displays a scene expressing the suggestion that as much damage was done (during World War 2) through complicity, as through active perpetration.

This is in turn supported by two quotes I have selected, helping to contextualise the piece for the viewer. The quotes are quite similar to each other, but were made by men of very different origins. “One doesn’t have to operate with great malice to do harm. The absence of empathy and understanding are sufficient .” Charles M. Blow – a current American journalist, and “For evil to prosper it is enough that good men do noth ing.” Edmund Burke – an Irish philosopher and politician of the 18th century.

The four scenes are, in order presented from left to right: a man driving a cattle train, used to transport Jewish prisoners across Europe to concentration camps; a woman sewing the jackets worn by Auschwitz prisoners; a builder constructing one of the many gas chambers used in World War 2; and a food truck supplying food to the Nazi Party.

I chose to present a series of images as it alluded to the concept of ‘the founding pillars of a nation’. I wanted to explore the idea that it was through the subtle, and even nonthreatening, actions of the everyday citizens that perpetuated the Holocaust to its true extent. It was not just one action, but rather the continued and various assistance offered by the German people that had as much effect as its actual instigators .

Every image portrays a person. I have chosen to render them featureless save for blond hair.

This allows them to be more accessible (they are without a face, an identity, lends itself to a more widespread connection) as well as hinting at the idea that they were simply cogs in a machine. Each character is also wearing a red garment of one form or another. This is to connect each of them to each other in a sense of ‘unity’ (not too unlike a uniform) but also out of practicality: the red is bold and stands out, allowing the viewer to immediately see the point of focus, as well as connect each bystander.