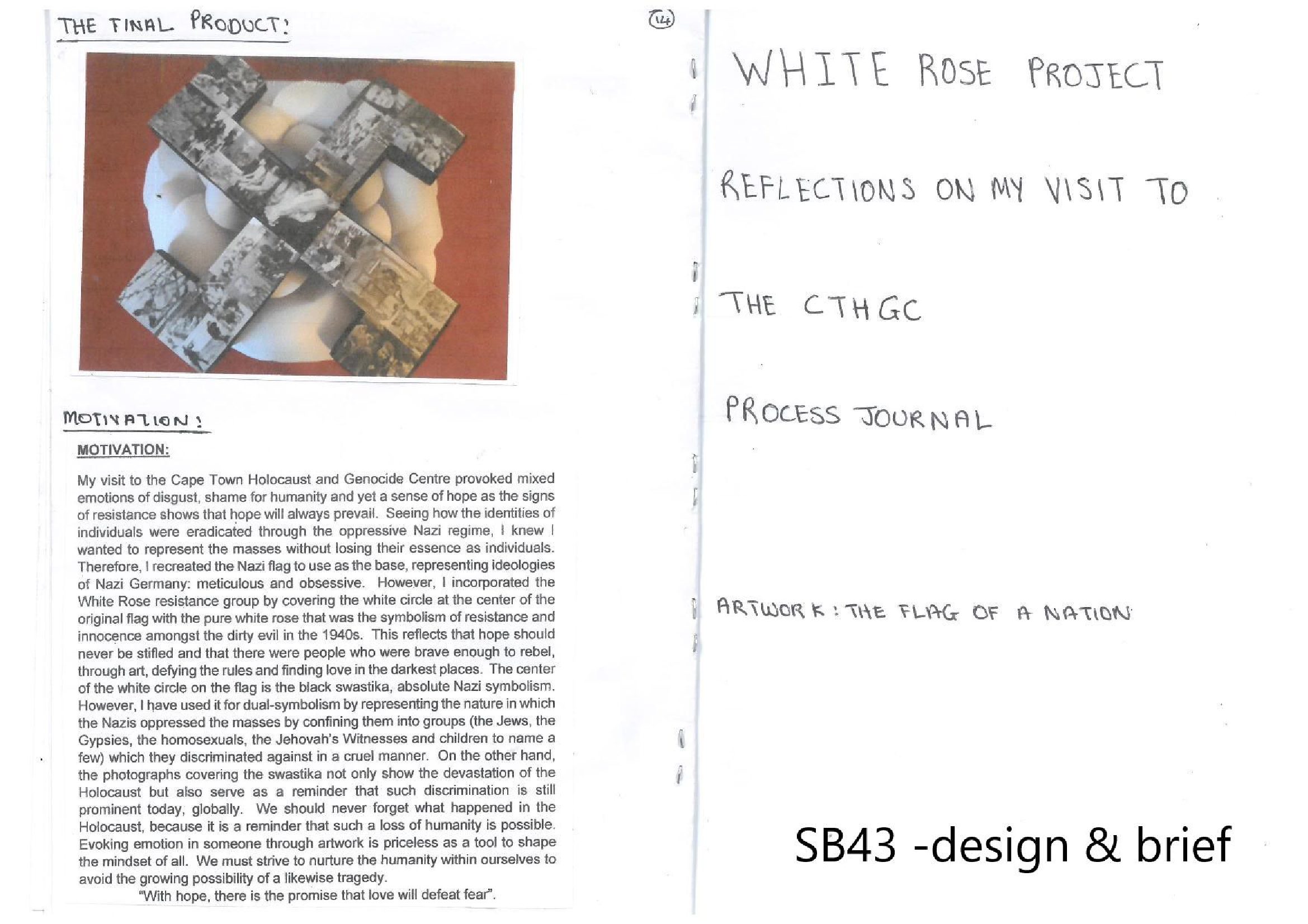 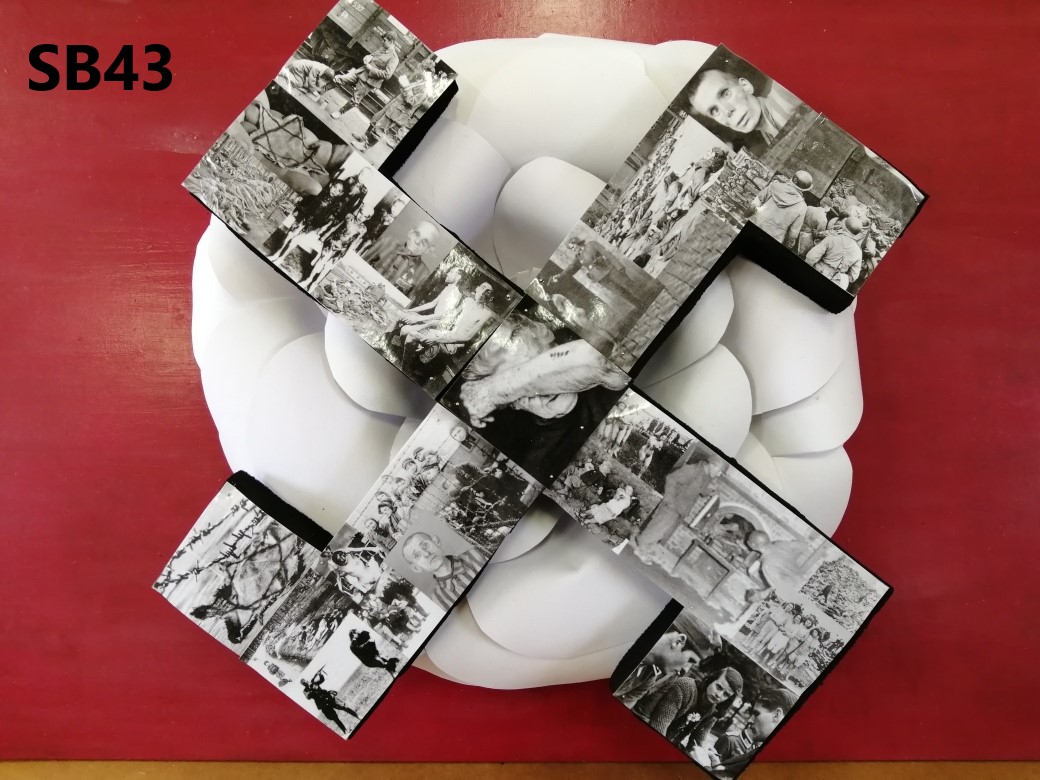 My visit to the Cape Town Holocaust and Genocide Centre provoked mixed emotions of disgust, shame for humanity and yet a sense of hope as the signs of resistance shows that hope will always prevail. Seeing how the identities of individuals were eradicated through the oppressive Nazi regime, I knew I wanted to represent the masses without losing their essence as individuals. Therefore, I recreated the Nazi flag to use as the base, representing ideologies of Nazi Germany: meticulous and obsessive. Howeyer, I incorporated the White Rose resistance group by covering the white circle at the center of the original flag with the pure white rose that was the symbolism of resistance and innocence amongst the dirty evil in the 1940s. This reflects that hope should never be stifled and that there were people who were brave enough to rebel, through art, defying the rules and finding love in the darkest places. The center of the white circle on the flag is the black swastika, absolute Nazi symbolism. However, I nave used it for dual-symbolism by representing the nature in which the Nazis oppressed the masses by confining them into groups (the Jews, the Gypsies, the homosexuals, the Jehovah’s Witnesses and children to name a few) which they discriminated against in a cruel manner. On the other hand, the photographs covering the swastika not only show the devastation of the Holocaust but also serve as a reminder that such discrimination is still prominent today, globally. We should never forget what happened in the Holocaust, because it is a reminder that such a loss of humanity is possible. Evoking emotion in someone through artwork is priceless as a tool to shape the mindset of all. We must strive to nurture the humanity within ourselves to avoid the growing possibility of a likewise tragedy.

“With hope, there is the promise that love will defeat fear.”