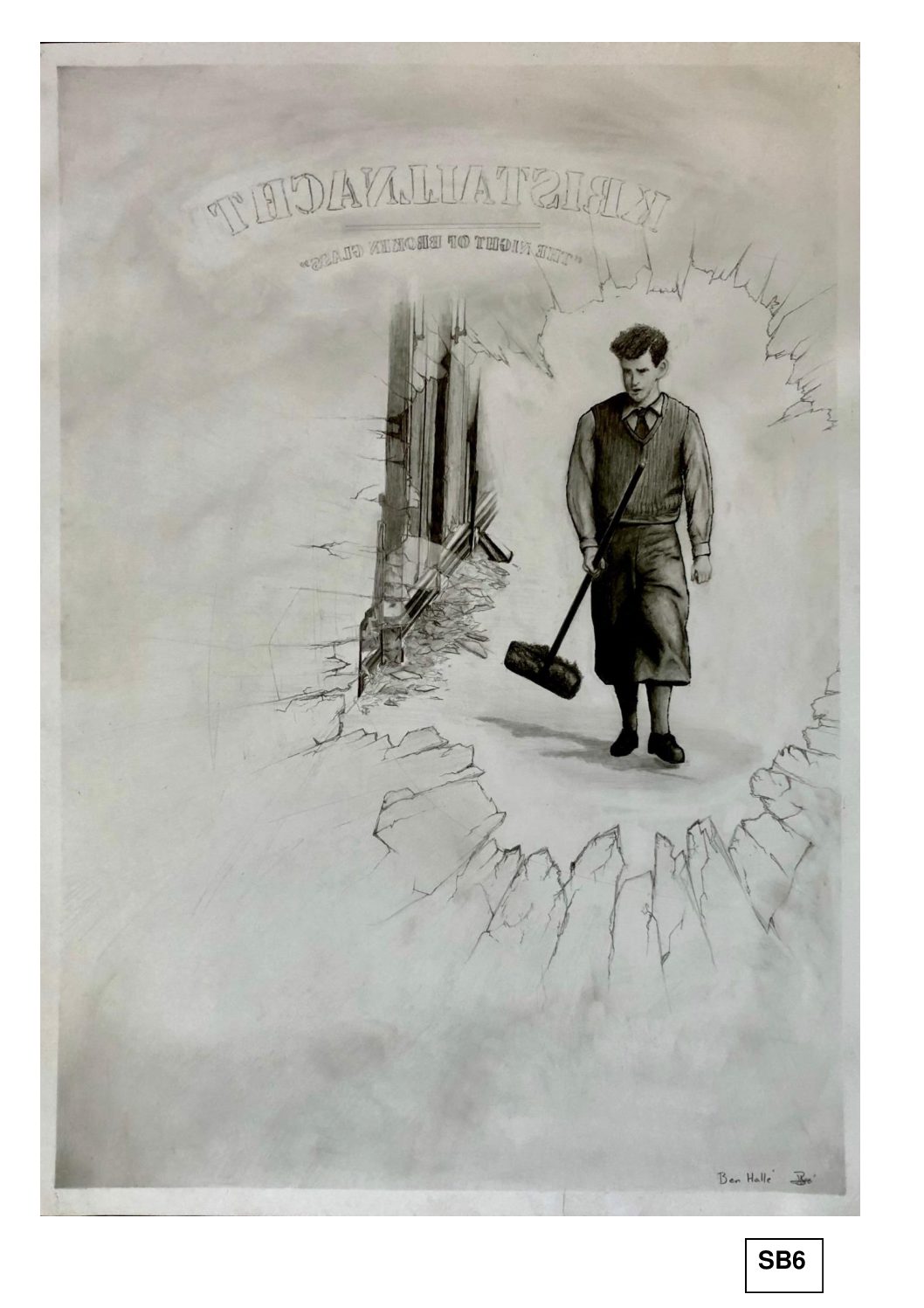 Kristallnacht (or The Night of Broken Glass) portrays the injustice that the Jewish people of Nazi Germany had to endure on the 9th and 10th of November 1938.

I tried to capture how the Jews felt during this time. This shopkeeper is one of the many people affected and his expression describes how most Jewish people felt, as they had to watch, without prevail, as their livelihoods were shattered.