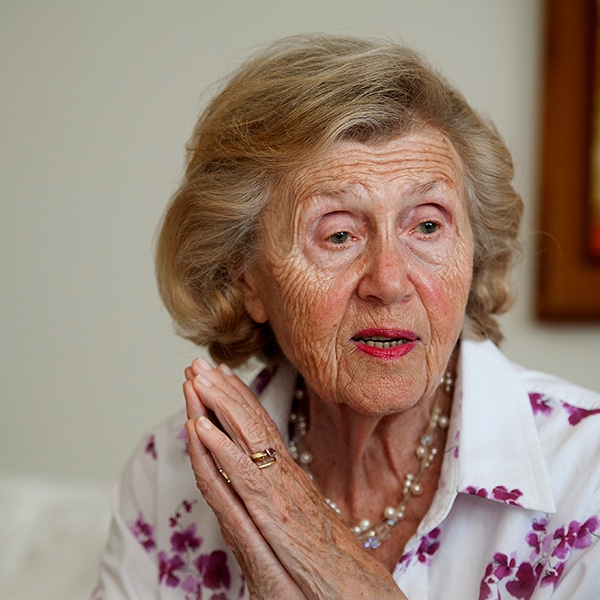 Henia Bryer was born in Poland in 1925, and was educated at a local Jewish day school. In 1941, Henia and her family were moved into the Radom Ghetto. She was later deported to Plaszow from where she was moved to Majdanek, then Auschwitz. She survived the Death March to Bergen-Belsen and was liberated from there in April 1945. She lived in France and Israel after the War before coming to Bloemfontein with her South African husband in 1952. Henia has two sons, both living in Cape Town, and four grandchildren.