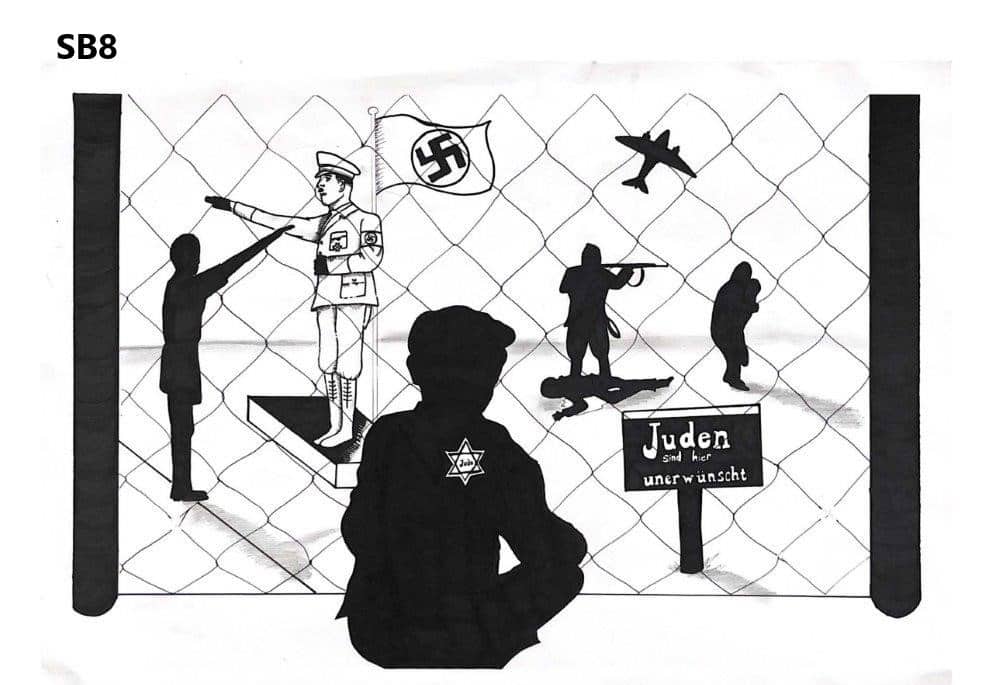 For the piece I wanted to show how the situation would look if I was a Jew standing behind a small boy as he grasps what is happening in his country. In the foreground there is a Jewish boy is sitting behind a fence observing what is happening. He has the Star of David, with the writing “Jude” on it, on him this is how the Nazis would know who a Jew was. On the right-hand side is a sign saying no Jews allowed in German. Behind the sign is a Jewish father holding his son tightly in in his arms while a Nazi soldier point his gun at the father. There is also a dead man bleeding at the feet of the soldier this is a metaphor for how the Jews were being oppressed and were seen by the Nazis as inferior. On the left is Hitler doing the salute while a young boy does it back. I added this into the piece to show how Hitler would corrupt the youths mind. Everyone in the painting is filled in black except Hitler. Not only so that you could see his face but everyone that is filled in black is having a problem in their life because of him. The father is going to lose his life and son, the young Jewish boy is locked up, the soldier start losing their mental heath because of killing people and the young boy saluting has lost his childhood and has to serve someone he may not want to.