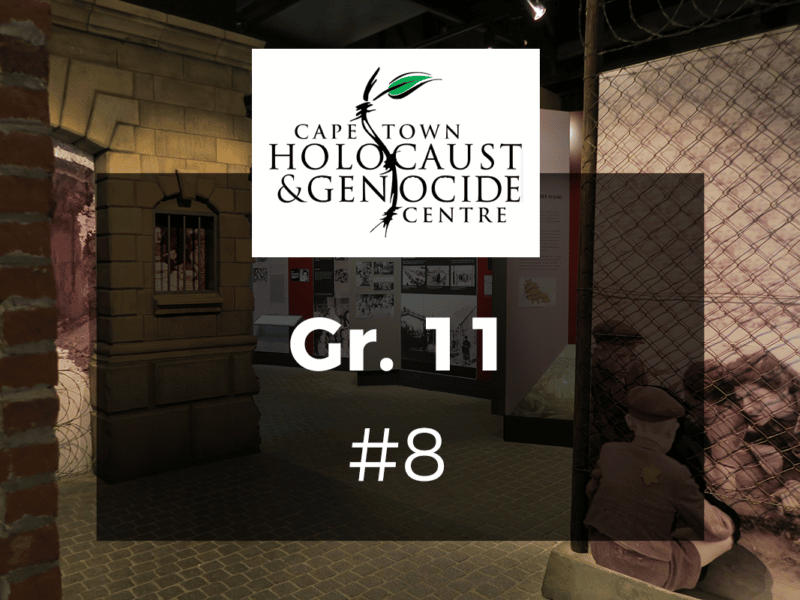 In this unit you will learn about the following:
- Stages 8-10 of Stanton’s 10 Stages of Genocide
- The genocide of the Jews of Europe (the Holocaust)
- The connection between this history and democratic South Africa