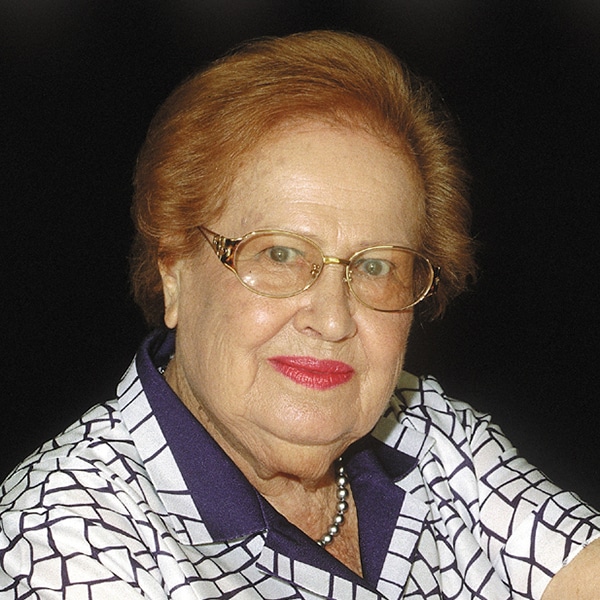 Lucia Amato was born in Rhodes Island in 1921 and attended the Scuola Israelite. She survived Auschwitz, Willemstad and Theresienstadt, where she was liberated in May 1945. From Rome, she went to Rhodesia in 1947 with her husband, Moishe, who was also a survivor. They moved to South Africa in 1978. Lucia passed away in 2004. She left behind two children, two granddaughters and four great grandchildren.